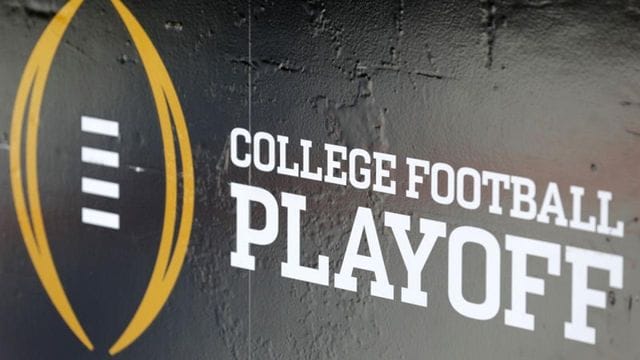 The top five in the College Football Playoff selection committee’s third rating remained unchanged on Tuesday night, with No. 1 Georgia, No. 2 Ohio State, No. 3 Michigan, and No. 4 TCU retaining the nation’s only undefeated teams, followed by No. 5 Tennessee.

The Vols remained the committee’s highest-ranked one-loss club after a 66-24 thrashing of unranked Missouri, keeping them in postseason contention despite not winning their division. Georgia won the SEC East and will meet No. 6 LSU in the SEC championship game, the highest-ranked two-loss team. If LSU wins its conference, it will become the first two-loss team to reach the College Football Playoff.

Tennessee, like 2016 Ohio State and 2017 Alabama, may become the fifth team to join the CFP without winning a conference title, and the third without winning its division. The SEC has seen multiple teams qualify for the CFP twice, most recently last season when Georgia defeated Alabama to win the national championship.

Without a conference title, the Vols will be scrutinized more by the selection committee and will rely on strong wins against Alabama and LSU to win a debate against a Power 5 conference champion.

TCU won the Big 12 championship game 17-10 against Texas, but the four-loss Longhorns dropped from No. 18 to No. 25 in the CFP rankings this week. The Horned Frogs benefited from the return of No. 22 Oklahoma State to the rankings this week, giving TCU a second win against a ranked opponent, joining No. 15 Kansas State.

There are three more rankings to come, including the release of the final top 25 on December 4th. At this point in the season, no team has been ranked outside of the committee’s top 10 and made the CFP. Michigan State was ranked ninth in 2015, and Oklahoma was ninth in 2019.

This week, Alabama is ranked eighth, ahead of one-loss No. 9 Clemson, which will face No. 13 North Carolina in the ACC championship.

Following its 38-31 victory over Tulane, No. 20 UCF is the Group of 5 leaders and the highest-ranked conference champion, earning a bid to a New Year’s Six bowls, followed by No. 21 Tulane.