Gary Friedkin, Actor in ‘Young Doctors in Love,’ Died at the Age of 70 From Covid Complications, According to His Publicist!! 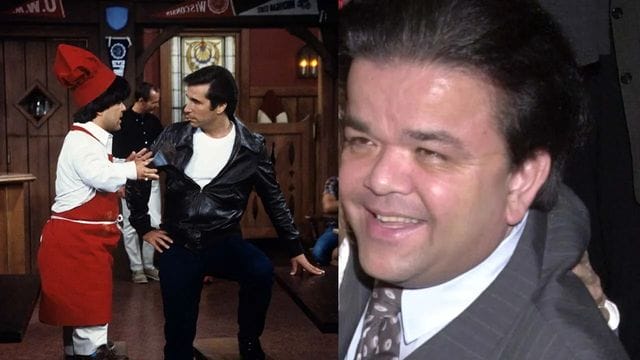 Gary Friedkin, who played in filmmaker Garry Marshall’s films Young Doctors in Love and Mother’s Day, died Friday of COVID-19 complications in a hospice facility in Youngstown, Ohio, according to his family. He was 70.

His death occurred on December 2 at a hospice facility in Youngstown, Ohio, after battling the virus in an intensive care unit for “a tough three and a half weeks,” his family said in an obituary this week.

Friedkin also appeared in three episodes of the Marshall-created Happy Days as Clarence, a cook at Arnold’s restaurant. In running humour, the character was mentioned but never seen until he appeared during the 10th season of the ABC comedy.

Friedkin also got to battle with Harrison Ford in Blade Runner (1982) as a member of a biker gang, and he played an Ewok in Star Wars: Return of the Jedi (1983).

Gary Jay Friedkin, one of four children, was born in Youngstown on November 23, 1952. He played the piano and percussion instruments in bands while in high school at The Rayen School, and he graduated from Youngstown State University’s Dana School of Music in 1970.

He relocated to Los Angeles and made his film debut in Under the Rainbow (1981), a comedy starring Chevy Chase, Carrie Fisher, and Jerry Maren, who played the Wizard of Oz.

Friedkin, who stood four feet tall, was an active member of Little People of America and attended several conferences, where he met people from all over the country and introduced others to the group, according to his family.

“While Gary was little in stature, he was a giant among his family and friends,” they said.

His brother Alan, sister-in-law Carol, nephews Nathan and Aaron, and niece Sara are among the survivors.

Youngstown State University has established a scholarship in his honour. Those with disabilities or a background in the performing arts will be prioritised. Donations can be made to the Gary Friedkin Scholarship, which can be found at the YSU Foundation, 655 Wick Ave., Youngstown, OH 44502.

This spring, a memorial service will be performed in his honour.

Russia is Suffering as a Result of Europe’s Oil Embargo