Gallagher The Comedian Known for Smashing Watermelons, Died at the Age of 76 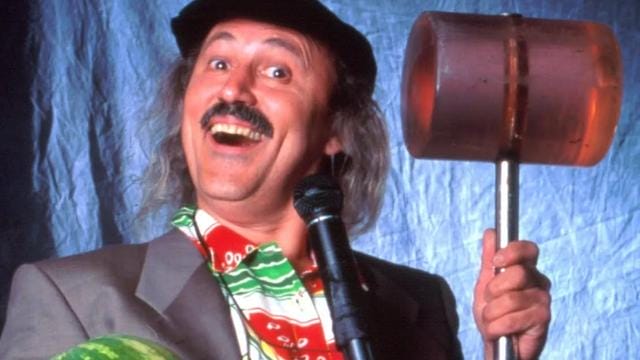 Gallagher, the innovative prop comedian best known for smashing watermelons as part of his act, died Friday of organ failure, according to his former manager Craig Marquardo. He was 76. Gallagher had been in hospice care in California for some years after having repeated heart attacks.

The mononymous comedian, born Leo Anthony Gallagher Jr., rose to prominence in 1980 with “An Uncensored Evening,” the first standup comedy special to debut on Showtime. Gallagher went on to write 12 more hour-long specials for the network, as well as several renowned HBO shows.

Gallagher’s famous routine had him smashing food onstage and spraying it on the audience with a handcrafted sledgehammer he called the “Sledge-O-Matic.” The watermelon was his hammer’s signature victim. Gallagher was also known for his brilliant wordplay and astute observational humour.

While his contemporaries went on to host talk shows or star in sitcoms or movies, Gallagher stayed on the road in America for nearly four decades, travelling continuously up until the COVID-19 epidemic and performing over 3,500 live events. Gallagher later starred in a long-running Geico ad and his debut film, “The Book of Daniel.” In 2019, he went on the “Last Smash” farewell tour.

Gallagher granted his brother, Ron Gallagher, permission to perform the “Sledge-O-Matic” routine in the early 1990s, on the condition that advertising materials explicitly identify that Ron, not Leo, was performing. After a few years, Ron began marketing his act as Gallagher Too or Gallagher Two, and it was not always evident that he was not the original Gallagher.

Leo asked Ron to quit doing the “Sledge-O-Matic” act, but his brother insisted on continuing. In 2000, Leo sued his brother for trademark infringement and fraudulent advertising, and the court issued an injunction prohibiting Ron from impersonating Leo or intentionally bearing similarities to him.

In the early 1990s, Gallagher was involved in another litigation when a lady named Robin Vann sued him for injuries sustained at his concert. Vann sought $100,000 in damages, claiming she sustained head injuries that forced her to miss six months of work after Gallagher destroyed a prop that hit her. The court ruled in favour of Gallagher once more.

Later in his career, Gallagher was accused of racism and homophobia in his act, and some venues even cancelled his performances. Marc Maron argued with Gallagher on a now-famous episode of his “WTF” podcast about the perception that his performance is disparaging. Gallagher doubles down on his nasty material on the podcast and eventually storms off.

Marquardo said of his former client in a statement to Variety, “While Gallagher had his detractors, he was an unquestionable talent and an American success story.”

Chadwick Boseman’s Death Left an Indelible Mark on Wakanda, Even Down to the Music