Four Hundred Days Before the 2024 Election, Pm Modi Gave Guidance to Bjp Workers About How to Connect With Muslims!

Narendra Modi also told BJP workers to stop making pointless comments about things like movies that have nothing to do with the party's plans for development. 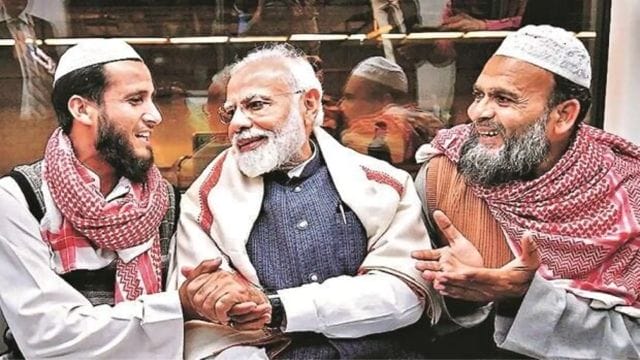 Prime Minister Narendra Modi has asked workers for the Bharatiya Janata Party (BJP) to reach out to Muslims and other minorities without expecting votes in return. In his final speech at the BJP’s two-day national executive meeting in New Delhi on Tuesday, Modi is said to have talked about ways the party needs to improve before the Lok Sabha elections in 2024.

He also told people to go to college campuses and churches. Modi said that the “Ek Bharat Shresth Bharat” resolution says that all states should work together and be open to each other’s language and culture.

Modi also said that there are still almost 400 days until the Lok Sabha election in 2024. He asked party members to serve every part of the country with full dedication in a speech that many people said was his big plan to grow the BJP and lead the country in every way.

He also told party workers to stop talking about movies and other unimportant things that have nothing to do with the party’s plans for development.

Modi said that people between the ages of 18 and 25 haven’t seen India’s political history and don’t know about the “corruption and wrongdoings” that have happened in the past.

Devendra Fadnavis, the deputy chief minister of Maharashtra, told reporters that Modi put a lot of emphasis on reaching out to all parts of society. He said that Modi’s speech was not that of a political leader, but that of a statesman, and he stressed that this kept the country ahead of the party.

Modi talked about the Kashi-Tamil Sangamam, which was recently held in Varanasi to celebrate ancient spiritual ties between the two regions. He asked party members to connect with different cultures.

Stay tuned to New Times Of India for more National News along with the World News, Bollywood News and Many More.

Trailer for the Young Adult Drama “Class” Has an Exciting Twist! Watch Now!