Following Twitter and Meta, Amazon Appears to Be the Latest Digital Company to Lay Off Employees 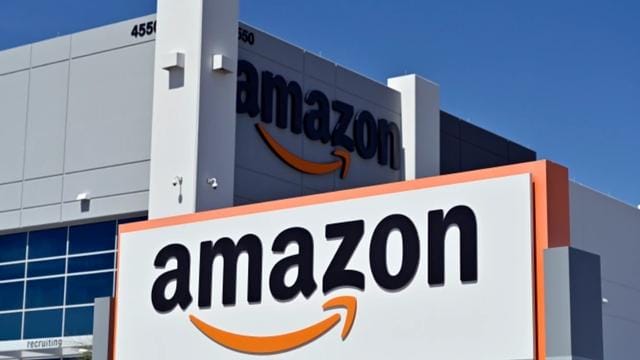 Amazon appears to be the latest internet firm to fire off employees in units that have failed to produce a profit this year, following Twitter and Meta.

Amazon.com Inc is reviewing its unproductive businesses, including the devices section that houses voice assistant Alexa, in order to slash expenses, according to the Wall Street Journal, driving its shares up 11% on Thursday.

According to the WSJ, Amazon has advised employees in some unproductive businesses to look for work elsewhere inside the company, while also moving to transfer people from specific teams to more profitable sectors and terminating teams in areas such as robotics and retail.

Jamie Zhang, a software developer at Amazon Robotics AI, announced his and his whole robotics team’s layoff in a LinkedIn post.

According to the source, Amazon is closely analyzing its Alexa business and is presently debating whether it should focus on trying to add new features to the voice assistant, which is available on a number of Amazon devices.

According to the research, adding capabilities would necessitate a larger expenditure, and many users use the gadget for only a few purposes.

According to data obtained by the WSJ, the unit that houses Alexa has an annual operational deficit of more than $5 billion.

Glasser stated that Amazon is “optimistic about Alexa’s future” because it is a major business and area of investment for the corporation.

On November 3, a business executive told Reuters that Amazon will halt hiring its corporate employees while it deals with an “unusual macroeconomic climate.”

“We anticipate keeping this pause in place for the next few months, and will continue to evaluate what we’re seeing in the economy and the company to modify as we believe makes sense,” said Beth Galetti, Amazon’s senior vice-president of People Experience and Technology, in a blog post.

According to Bloomberg, Amazon became the world’s first public firm to lose a trillion dollars in market value this year as a result of rising inflation, tightening monetary policy, and disappointing earnings updates. Shares of the e-commerce and cloud company slid 4.3 percent on Wednesday, bringing its market capitalization down to around $879 billion from a high of $1.88 trillion in July 2021.

This year, the world’s largest online retailer has spent adjusting to a significant slowdown in e-commerce growth as customers resumed pre-pandemic behaviors. Its stock has dropped nearly 50% as sales have slowed, costs have risen, and borrowing rates have risen.

According to Bloomberg figures, co-founder Jeff Bezos’ fortune has decreased by approximately $83 billion to $109 billion since the beginning of the year.

Amazon forecasted the slowest revenue increase for a holiday quarter in the company’s history last month, as shoppers cut back on buying in the face of economic uncertainty. For the first time since the pandemic-fueled rise in tech stocks more than two years ago, its market value has fallen below $1 trillion.

Meta recently fired off 11,000 people, accounting for around 13% of the overall workforce. Twitter Inc.’s job cuts are being closely scrutinized as new owner Elon Musk shakes up the social-networking business and eliminates approximately half of its employees.

Even Apple Inc., which has outperformed the majority of its peers this year, has reduced its spending. Microsoft Corp lay off less than 1,000 employees across numerous departments this month.

According to figures published by Bloomberg from consulting firm Challenger, Gray & Christmas, the tech sector dropped 9,587 employees in October, the largest monthly total since November 2020. According to the research, overall job cutbacks declared by US-based employers in the previous month are up by a significant 13 percent, with 33,843 sacked from diverse roles across dozens of companies.

Fred Hickman, Anchor of ‘Sports Tonight,’ Died at the Age of 66

After England’s Mauling in Adelaide, India Must Return to Square One and Begin Again (T20 World Cup 2022)