Five New Meteorites Have Been Discovered in Antarctica, and They May Hold Clues to Earth’s Origin!

The five meteorites that the team found will now be studied by scientists at the Royal Belgian Institute of Natural Sciences. They will look at the chemical makeup of the meteorites. 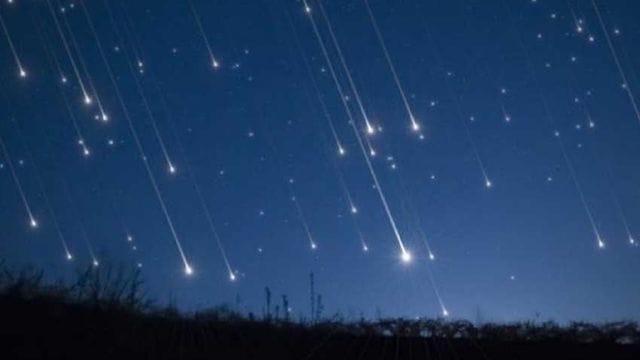 Antarctica is a desert made of ice. The southernmost continent has large areas of ice sheets, and the South Pole of the Earth is there. But it is the best place to look for space rocks. Why? The weather is the reason. The rocks in space don’t change as much because Antarctica is so dry. Also, the meteorites look dark, which makes it easier for explorers to find them in the snowy fields. This happened when a group of scientists from around the world found five new meteorites, one of which weighs 16.7 pounds (7.6 kg).

Theme meteorites were found in Antarctica Blue Ice, an area with strong winds where glaciers melt. The mission lasted from December 11, 2022, to January 11, 2023. Its goal was to find new places where meteorites gather near the Belgian Princess Elisabeth Antarctica (PEA) Station.

“Meteorites are pieces of rock that fell from space like a shooting star. Before, three successful Belgian-Japanese missions to the Nansen Blue Ice Field near the Belgian station in Antarctica collected more than 600 meteorites. Using satellite images and GPS coordinates, the team set out to search for meteorites in several interesting areas to find out what they might be good for “Professor Maria Schoenbaechler from the earth sciences department at Switzerland’s ETH-Zurich and a member of the team that went to Antarctica told the news agency PTI.

Researchers said in a statement that the Blue Ice zone of Nils Larsen, which is about 60 km from the station, is an accumulation zone that should be looked at again.

“But most of all, the team comes back with a 7.6 kg meteorite, which is a very nice surprise. Antarctica doesn’t get many big meteorites like these, “said Professor Schoenbaechler.

“It looks like a normal chondrite right now. This kind of meteorite came from the asteroid belt and ended up in the blue ice of Antarctica, where it stayed for tens of thousands of years before it was found. It is the oldest material on Earth and looks a lot like the building blocks of the planet “she told the news service more.

Researchers say that the discovery is very important for Earth science because it will help us “better understand where we are in the universe.”

Professor Schoenbaechler said, “It is one of the oldest things on Earth and is made of the same stuff that made up the Earth.”

The five meteorites that the team found will now be studied by scientists at the Royal Belgian Institute of Natural Sciences. They will look at the chemical makeup of the meteorites.

Along with Professor Schoenbaechler, scientists from the US’s Field Museum of Natural History, University of Chicago, and Belgium’s Universite Libre de Bruxelles (ULB) were on the team. The team was led by Vinciane Debaille of ULB, and Manu Poudelet of the International Polar Guide Association showed them around in the field.

Stay tuned to New Times of India for more news and bookmark our website so that you can’t miss any updates.