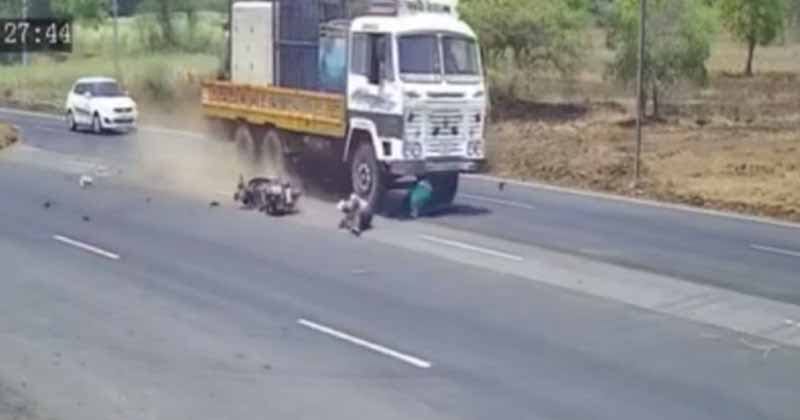 A painful accident has happened in Walod taluka of Surat district. The accident was captured on the CCTV installed on the highway. Seeing the way the accident happened, someone said that God will not give such death to the enemy.

The father and daughter, who were passing by scooter on Surat Highway, turned towards the petrol pump and the truck coming from behind overturned them. The CCTV footage of this incident is painful. In the accident, the girl riding the moped slipped up to 25 feet even after coming under the truck. He suffered serious injuries and died during treatment. However, the condition of his father, who is driving the moped, also remains critical. Seeing the CCTV footage of the incident, it can be estimated that how terrible the accident will be.

It is learned that the accident took place on June 13. The girl who died in the accident, Snehlata was working as a professor in Umarpara. She was on her way to work with her father when the accident happened. As they were crossing the highway, they turned to the petrol pump in Wanshui to refuel. At this turn, the truck coming from behind hit the moped and at the same time the father and daughter came under the truck. The collision was so strong that Snehlata died due to injury. The lubricant got stuck first in the front wheel of the truck and then in the rear. It crawled with the truck for 25 feet. 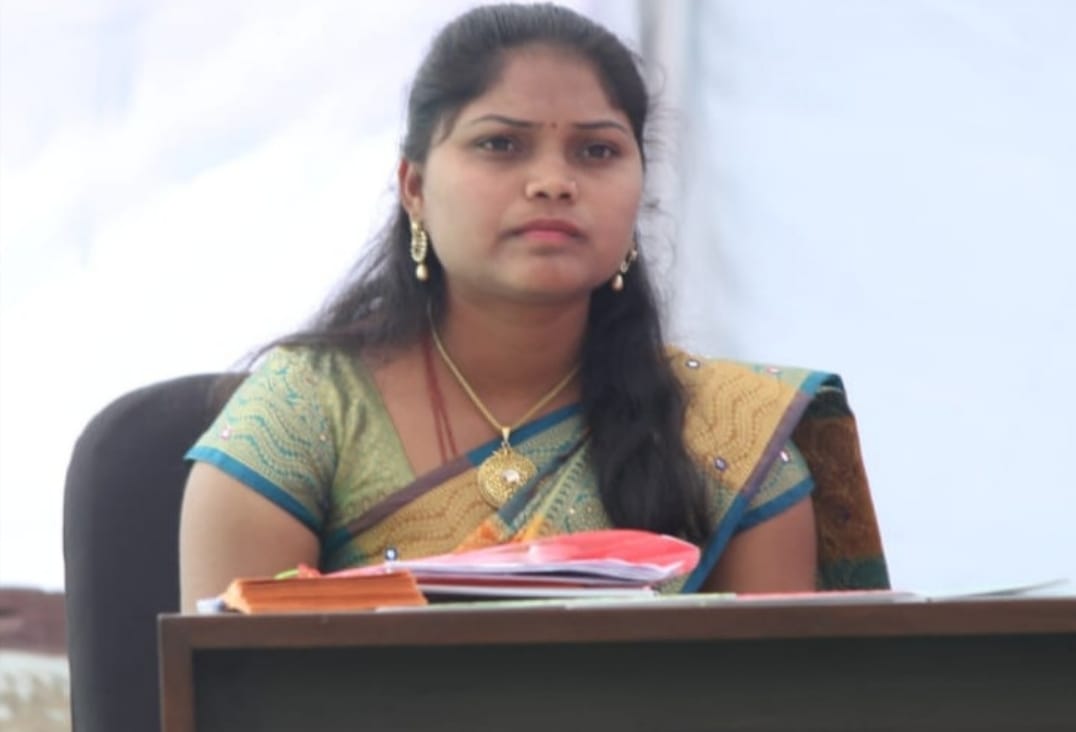 Snehlata’s father, who was driving the moped, fell about 10 feet after being hit by the truck. Immediately after the accident, the vehicles passing through the highway stopped and informed the ambulance as well as the police. 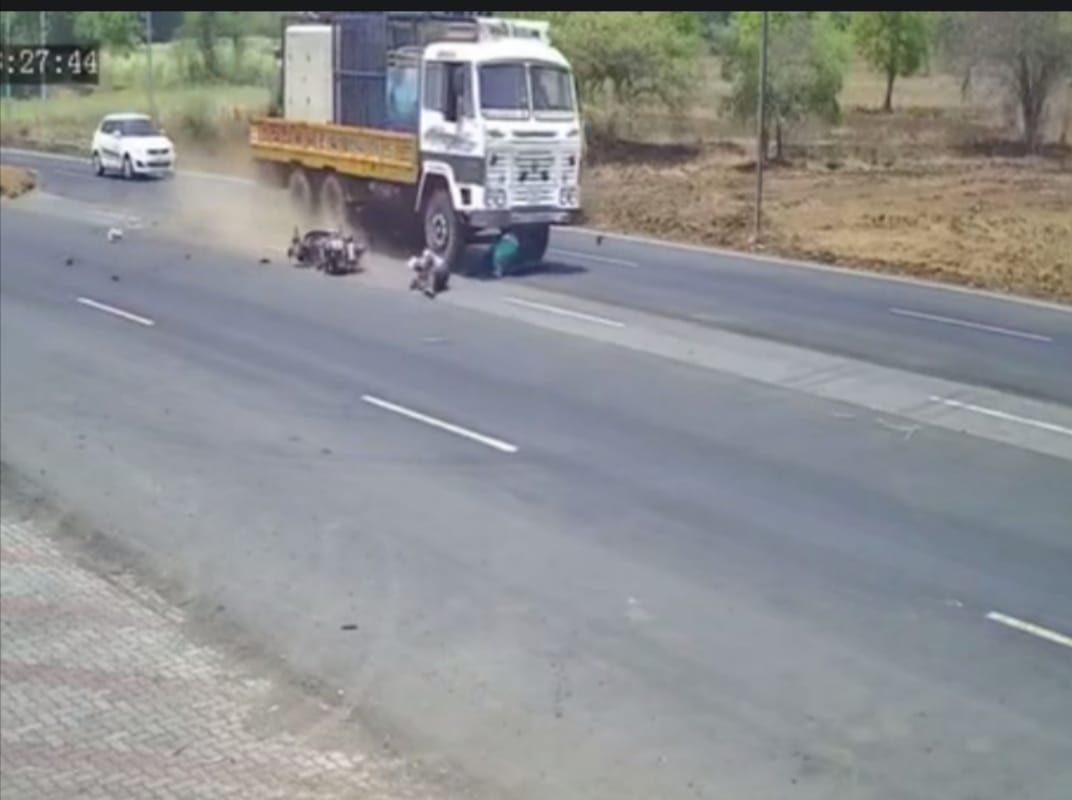 The father and daughter suffered serious injuries, however the daughter died during treatment and the father’s condition is said to be critical in the hospital. Seeing the scene after the accident, the truck driver fled from the spot. Police has registered a case against the truck driver and is investigating the matter.