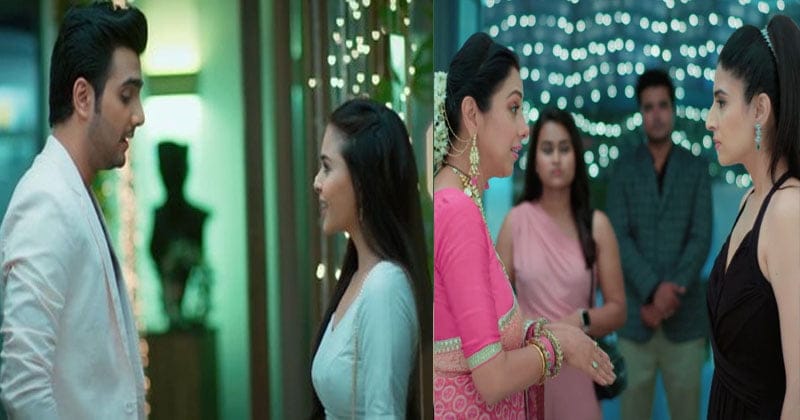 Many new actors have entered the serial Anupama and this story has progressed. Anuj and Anupama will invite the Shah family for a house warming party at their new home. Vanraj will have many questions in his mind and he will not go because of this. But on everyone’s request, he will be ready to go to the party. But as soon as they reach there, they will be stopped at the gate itself.

In the upcoming episode of Anupama, Anupama will apologize to Vanraj and request him to join the party. The Shah family will be shocked to see Anupama’s big house. Anuj will meet everyone with the Shah family. On the other hand, Sara meets Samar and learns that he is Anupama’s son.

Seeing Anupama working in the party, Kavya will question her and Anupama will tell her that she likes to work as it is her habit. Will appreciate Anupama’s defeat. Kavya will say it looks expensive. Anuj will introduce everyone in the party as Anupama’s own wife. Barkha will get angry seeing his praise.

According to a report, Anupama will stop the music when Barkha wanted everyone to enjoy her party. Anupama says that the party will continue even after the puja is over. Anuj is completely by his side, he will support his wife’s decision with a smile on her face.