Fans surprised by the price of iPhone 14 440V! Said- Please Apple! don’t do it 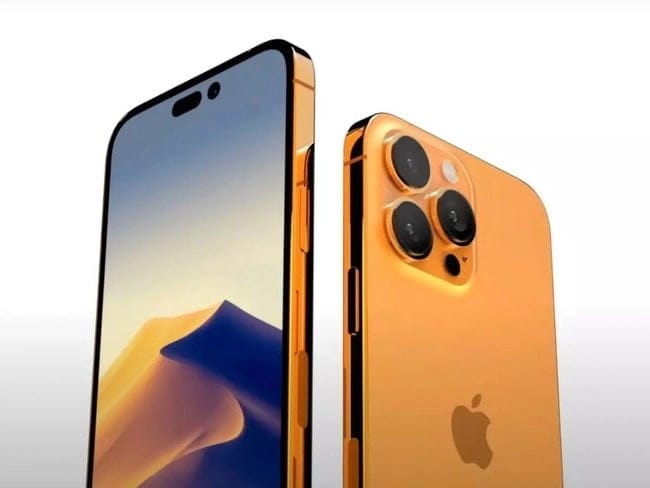 iPhone 14 series is going to be launched this year. Four models will be offered in the series. If reports are to be believed, the Mini will be replaced by the Max model. A tipster has announced the price of the iPhone 14, which has taken everyone by surprise. Tipster’s report suggests that the price of iPhone 14 can be 100 more (approximately Rs 7,400) than the iPhone 13. He also claimed that there could be a $100 difference between the iPhone 14 MAX and iPhone 14 Pro models due to the large difference in production cost.

A fake image of the iPhone 14 has been shared by a developer, where a peel-shaped cut-out can be seen at the top. Recent rumors have suggested that the iPhone may feature Face ID with the introduction of a hole-punch cut-out at the bottom of the display.

Developer Jeff Grossman tweeted that he shared a fake image of the iPhone 14, showing a pill-shaped hole-punch cut out. There have already been several reports suggesting that the iPhone 14 lineup will be launched with a hole-punch cut-out design, and noted analyst Ming-Chi Kuo talked about the feature back in March last year Was. Apart from this, it has also been claimed in the reports that the display in the Apple iPhone 14 series will be under Face ID.

Share
Facebook
Twitter
Pinterest
WhatsApp
Previous articleThis table will get heat from AC, this AC is being sold at the cost of the fan
Next articleProfile photo will not be visible to everyone, message will be deleted automatically, a lot has changed in WhatsApp