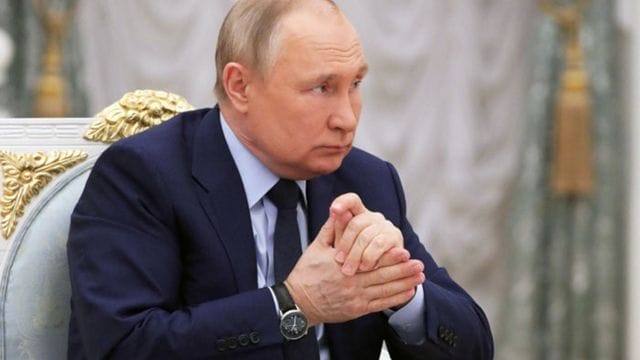 In the midst of severe divides between Russia and the West, India, which began its year-long G20 presidency on Thursday, and Indonesia, the previous president, played a key role in finalizing a common communique at the Bali summit.

India said on Thursday that it expects Russia to participate in all G20 activities as it assumed the group’s chair against the backdrop of ongoing disagreements among its members over the Ukraine war.

“Russia is a member of the G20, therefore we would expect them to participate in these procedures,” said Arindam Bagchi, spokesperson for the External Affairs Ministry, at a weekly media conference, in response to concerns regarding the G20’s disagreements over Russia’s invasion of Ukraine.

Bagchi stated that the G20 operates under the important idea of consensus and that India’s efforts as president of the grouping of the world’s 20 largest countries will be geared at fostering consensus. This was India’s posture at the G20 Summit in Bali last month, and it will remain, he said.

“I wouldn’t be able to say much else except that the grouping needs to speak with one voice, especially on significant global problems.” “We will undoubtedly concentrate on issues impacting the developing world, the Global South, such as food, fuel, and fertilizers,” he stated.

In the midst of severe divides between Russia and the West, India, which began its year-long G20 presidency on Thursday, and Indonesia, the previous president, played a key role in finalizing a common communique at the Bali summit. On Wednesday, German Ambassador Philipp Ackermann stated that dealing with the aftermath of Russia’s invasion of Ukraine will be one of the “most difficult topics” for India’s G20 leadership.

“The G20 summit in September 2023 will be the watershed moment.” However, as things currently stand, I believe dealing with Russia will be one of the most challenging topics in this G20 presidency,” Ackermann told reporters.

In response to a different question about a report in the media that Russia, which is facing sanctions, has sent India a list of more than 500 products it needs, including raw materials and parts for cars, planes, and trains, Bagchi said, “We have regular talks with Russia about how to keep and grow trade.”

This has been happening for a long time. Both countries sometimes say what they are interested in or what is most important to them.

He also said, “I would ask that nothing else be taken from this.” The Indian government hasn’t openly criticized Russia’s invasion of Ukraine like the rest of the world has, and in the past few months, it has bought a lot more crude oil and fertilizers from Russia. But at a meeting with Russian President Vladimir Putin in September, Prime Minister Narendra Modi said that the time we live in is “not of war.”