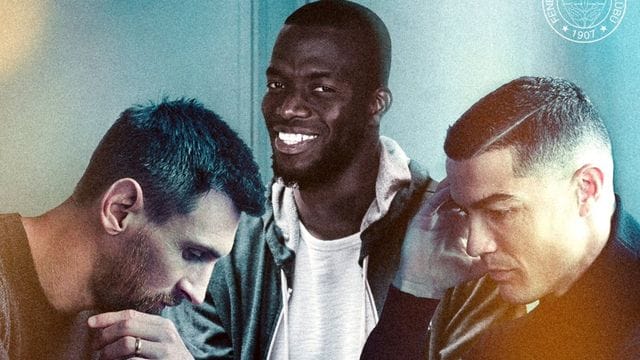 When Ecuador took all three points home and the captain led the way, Valencia’s Turkish club, Fenerbahce, couldn’t hide their admiration for the international player from Ecuador.

The Super Lig club posted a new version of the Cristiano Ronaldo and Lionel Messi Louis Vuitton photoshoot on Twitter. This photo shoot has been making the rounds on social media since it was first shown on Saturday, November 19, the day before the World Cup.

In the updated image, Valencia can be seen smiling, imposed between Messi and Ronaldo as the two focus on the chess board.

In the first game of the World Cup, the 33-year-old forward was active right from the start. He scored on an early header to give the CONMEBOL team an early lead, but a VAR ruled that he was offside.

The Fenerbahce player would soon get another chance. In the 16th minute, Ecuador was given a penalty, which Valencia scored by beating the Qatar goalkeeper. In 15 minutes, the second goal was scored when the forward rose to meet a cross from the right with a ridiculously strong header.

The way Valencia treated the other team’s captain showed that they were the biggest threat to Qatar’s defense. During the first half, he would get knocked down several times. His right knee would hurt, and he would limp off the field to get help.

Even though no changes were made at halftime, the blow he took wasn’t too bad, but Ecuador was worried when their captain had to leave the field in the second half holding his right knee.

After the game, Valencia said, “The doctors will look at me, but I hope to play in the second game against Holland.” On November 25, Ecuador will play the Netherlands. On November 29, they will play Senegal in their third match.