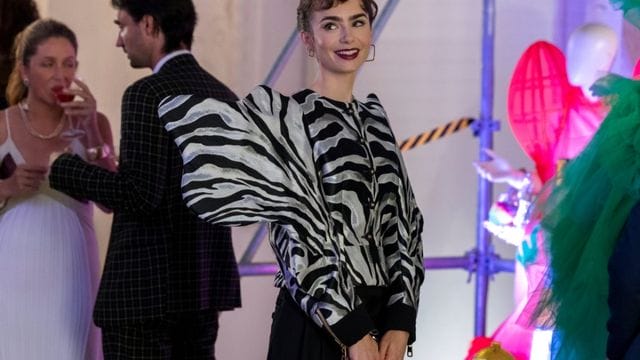 The third season of Emily in Paris, with Lily Collins as the main character, will start on Netflix on December 21.

The trailer for the third season of Lily Collins’s romantic comedy Emily in Paris has been released, and it explains how the second season ended on a cliffhanger. Emily is seen in Paris working at both her old marketing company, Savoir, and the new company that her former boss, Sylvie, started.

Emily is seen trying to do a classic “Emily move” as she tries to do two jobs at the same time without either boss knowing. The trailer shows that her personal life is also at a crossroads, with Alfie offering to leave Paris with her and Gabriel getting back together with Camille, who he used to date.

In the first two seasons of Emily in Paris, we saw how Chicago-based Emily’s life changed when she got a job transfer to her dream city, Paris. As Emily learns to fit in, her sharp mind and drive help her make progress in a hostile workplace.

Emily falls in love with Gabriele, her neighbor, and chef, who is played by Lucas Bravo. Later, she finds out that he is already dating her new friend Camille (played by Camille Razat). Paul Forman plays Nicolas De Leon, the crown prince of his wealthy family’s business. Melia Kreiling plays Sofia Sideris, a Greek artist who comes to Camille’s gallery to show off her work.

The third season did not begin filming until early June 2022, following the release of the second season in late December 2021. Filming officially finished in late September, at which point Collins expressed her excitement for the new season and thanked everyone involved on Instagram.

“Words cannot explain how many emotions I feel as I complete each Emily In Paris season, and this year is no exception,” she wrote. “We genuinely have the best, most dedicated team around, and a cast that I can call a family.”

Thank you for your unending support, uplift, and encouragement, as well as your tremendous efforts to make it all happen. I can’t wait to show you what we’ve come up with. Proud is an understatement. “I adore you all!”