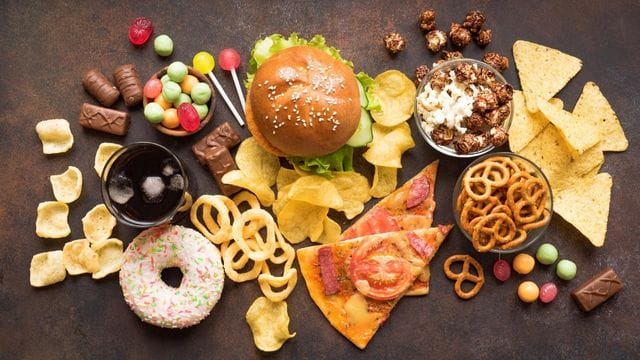 In a recent study published in JAMA Neurology, researchers found that eating ultra-processed foods (UPFs) increases the risk of cognitive decline, especially in adults in their middle years.

What Makes People Get Dementia?

In 2019, it was thought that about 57 million people around the world had dementia, and 153 million cases were expected by 2050 because people are living longer. Even though dementia is one of the leading causes of disability in high-income countries, there are still no good ways to stop or slow the development of dementia symptoms.

Still, healthy habits like regular exercise, a healthy diet, and not smoking seem to make it less likely that someone will get dementia. Particularly, eating whole grains, vegetables, fruits, nuts, and fish every day has been linked to a bigger brain and keeping mental abilities over time.

Effects of UPFs on Health

UPFs are food products that are made up of highly processed food parts like oils, fats, sugars, starch, and protein isolates. These products don’t do much or anything good for your health.

In addition to these ingredients, UPFs often have artificial flavourings, colours, emulsifiers, and other cosmetic additives. Some common UPFs are breakfast cereals, sweet and savoury snacks, ice cream, frozen meals that are already cooked and ready to eat, processed meats, and drinks with added sugar.

Studies from the past show that a lot of people who eat UPFs are more likely to get heart disease, metabolic syndrome, and overweight. But because there wasn’t enough information linking the risk of UPF consumption and dementia, the goal of this study was to find out more about this possible link.

High Consumption of UPF is Linked to Mental Decline

There were 10,775 people who took part in the study, and they were tracked for an average of eight years. At the start of the study, the average age of the people who took part was 52. Almost 55% of them were women, 53% were White, and 57% had a college degree. Also, the average body mass index (BMI) of the people in the study at the start was about 27, and they ate an average of 2,856 kcal per day.

People who ate more than 19.9% UPFs in their daily diets had a 28% faster rate of global cognitive decline. More specifically, these people’s executive function declined 25% faster, but their memory function did not change in a significant way.

Notably, people in the study who were younger than 60 years old were more likely to have global cognitive decline than people who were 60 or older and ate the same amount of UPFs every day.

The researchers think that this decline in executive function could be caused by damage to the blood vessels in the brain caused by long-term use of UPFs. Consuming UPF may also increase the circulation of factors that cause inflammation, which can lead to systemic inflammation that affects the brain.