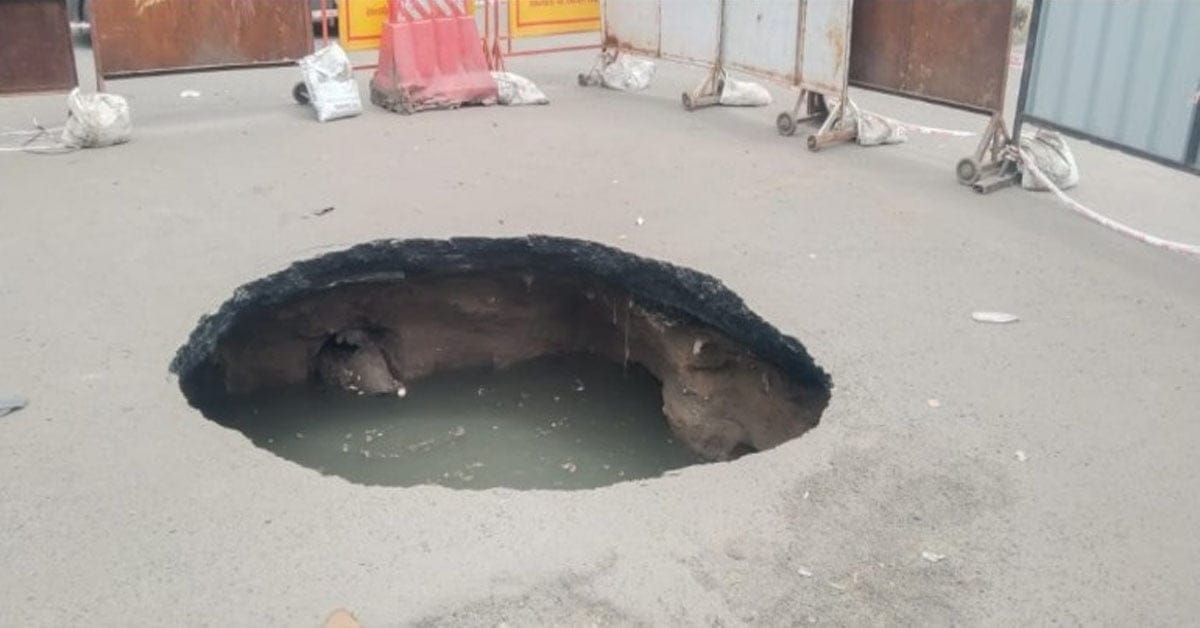 After the rain in Ahmedabad, there have been potholes at many places. Due to this, people are suffering a lot due to huge potholes. Heavy landslides have occurred on four roads in Ranip area of ​​Balolnagar.

Due to the presence of 20 feet deep potholes on all the four roads, the Municipal Corporation has surrounded it by laying big sheets. Major roads have been blocked due to heavy landslides. The corporation should start the repair work of this bridge immediately but even after 24 hours the work has not started.

This is the main road of Ranip area and when landslides occurred on all four roads, the municipal authorities immediately put up huge boards around the road to avoid anyone falling. Thousands of vehicles pass through Balolnagar Char Road in the morning and evening during the busy office hours, people falling on this Bhuvo Road are facing problems.

There is jam in the morning and evening on the four roads of Balolnagar. Now due to this huge landslide, the corporation has put big slabs instead of reducing the road space by confining the landslide in a small area, which is causing trouble to the motorists. Since the road itself is broken, repairs need to be started immediately. But even after 24 hours, the work has not been started by the officers of the Engineer Department of the Corporation.

Know why BJP government released the video saying – everything is breakup, alleged scam of Kejriwal government…

Know who is Mehul Bogra? On hearing the name of a very famous lawyer in social…

Due to the strange behavior of the teacher, the children leave the class and…

This new virus has come again which has increased the concern of the people, know…

This grandfather jumped to save the girl in the drain, saved one but could not save…