Selena Gomez is officially dating the Chainsmokers' famed Those rumours about Drew Taggart and their bowling date were spot-on. Look at the photos now. 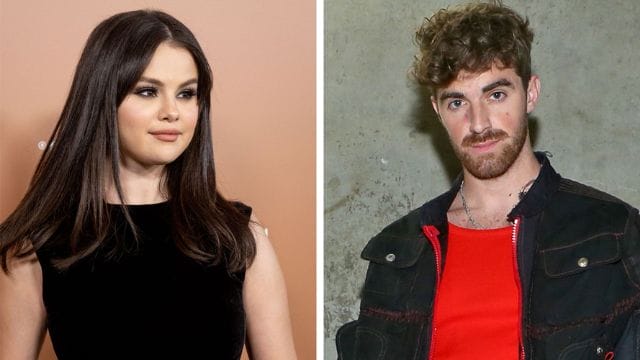 We just told you about a new possible match in Hollywood the other day. Yes, we’re talking about Selena Gomez and her relationship with Drew Taggart, who is in the band Chainsmokers. It looks like the rumors were true, because the couple has been seen on a date to bowling. One thing they could not stop doing was smiling. Read on to find out what’s going on.

Sel has a huge number of fans, so it’s not surprising that she gets linked to every man she’s seen with. There were rumors that she might date Brad Peltz, the brother of her best friend Nicola Peltz, but it looks like she already chose Drew.

Selena Gomez and Drew Taggart were seen on a bowling date at The Gutter, a bowling alley in New York City, in all-new photos that Pagesix got first. The actress from the movie “Only Murders in the Building” wore a black sweatshirt and sweatpants that went with it. On the other hand, her boyfriend wore a camo shirt with long sleeves and dark pants.

An eyewitness also said that Drew Taggart and Selena Gomez were “making out like teenagers” while they had some time to themselves. “Right after that, a group of young girls went up to her for a picture, and a man went up to her for an autograph,” says the source.

Well, Selena’s heart wants what it wants, that much is clear! Take a look at the pictures that are going around:

On the work front, Selena Gomez posted on Instagram that she, Steve Martin, and Martin Short will be back for Season 3 of Only Murders in the Building. Also joining the cast is Meryl Streep.

Martin also posted a black-and-white photo of himself with Short, Gomez, Streep, and Rudd. He called them a “cast to dream of.”

The filming of Season 3 of “Only Murders in the Building” has begun! A cast to dream of. pic.twitter.com/mvMkJknoEk

In 2019, Streep’s last TV role was in the second season of “Big Little Lies.” In the season two finale of “Only Murders in the Building,” Rudd had a small role as a made-up Broadway star.

No one knows who Meryl Streep will play in the Hulu comedy about three true-crime fans who work together to look into a suspicious death in their New York apartment building.

Stay tuned to New Times Of India for more Hollywood News and bookmark our website.

Liam Hemsworth Isn’t Bothered by Miley Cyrus’s Diss of Flowers, and He…