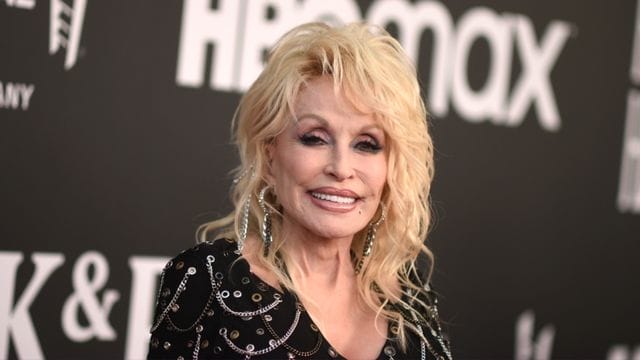 Dolly Parton has been chosen as the newest recipient of Jeff Bezos’ Courage and Civility award, with the music legend receiving $100 million to donate to any charity of her choice.

“She provides from the bottom of her heart.” “What she’s done for kids, reading, and so many other things is just fantastic,” Bezos, 58, said in a social media video.

“I’ve always said, I try to put my money where my heart is,” Parton remarked in the video. “I will do my best to use this money wisely.” Thank you very much, Jeff.”

Parton, 76, has run a nonprofit that has delivered books to youngsters all across the world. She was a great proponent of immunization, and she supported Moderna’s injection by donating $1 million to Vanderbilt University Medical Center for coronavirus research.

Bezos, the world’s fourth-richest person with a fortune of $123.9 billion, has upped his philanthropic efforts since standing down as CEO of Amazon.com last year. He is concentrating his efforts on climate change through his $10 billion Earth Fund, and he has also pledged a $200 million gift to the Smithsonian National Air and Space Museum.

The billionaire is also rumored to be interested in acquiring the NFL’s Washington Commanders, maybe with the help of music mogul Jay-Z.

Parton, 76, is a long-time philanthropist and country, pop, and gospel singer-songwriter whose songs include “I Will Always Love You,” “Jolene,” and many other hits throughout the years.

During the COVID-19 epidemic, she gave $1 million to Vanderbilt University’s Medical Center to aid in the development of a vaccine. Parton, who was inducted into the Rock and Roll Hall of Fame earlier this month, has also launched a number of charities, including the Dollywood Foundation, which focuses on education and poverty assistance.

Bezos’ award was established in 2001, and the first recipients were activist Van Jones, who served as the founding CEO of the REFORM Alliance and Dream Corps, and chef and humanitarian Jose Andres, who founded World Central Kitchen, which supplies meals in the immediate aftermath of disasters.