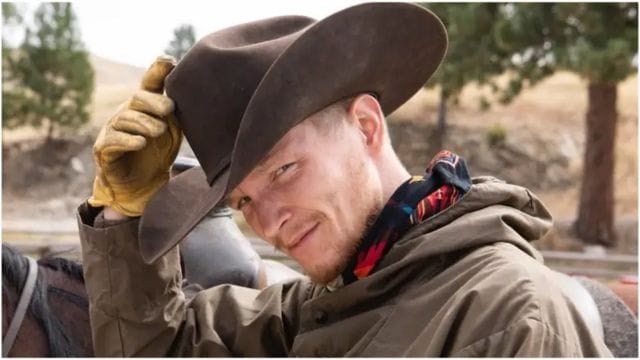 Yellowstone (2018) is a tremendously successful modern western series centred on a fictional Montana ranch. The show, which stars Kevin Costner, Kelly Reilly, Luke Grimes, and Cole Hauser, has no shortage of superb performance with a dash of edginess.

Jimmy Hurdstram, a tortured person struggling to find his place in the new life that was chosen for him, is one of Yellowstone’s main characters. Jimmy, as the ranch’s underdog, is immensely approachable and has rapidly become a fan favourite.

Jimmy departed the Dutton ranch to work at the Texas ranch 6666. There, he learns to rope and falls in love with Emily, a veterinary technician, with whom he returns to Yellowstone. Jimmy is staying in Yellowstone and will appear in Season 5.

Back on the ranch in Montana, John Dutton offers Jimmy and his fiancee his approval to begin their new life together. As a result, Jimmy decides to return to Texas with Emily for the first time in years.

Who is Jimmy In Yellowstone?

Although Jimmy has been a part of Yellowstone since the first episode, his position may be confusing to those unfamiliar with the series. Jimmy Hurdstram is a branded ranch hand in Yellowstone, Montana’s largest cow ranch. Jefferson White, an American actor, plays him. 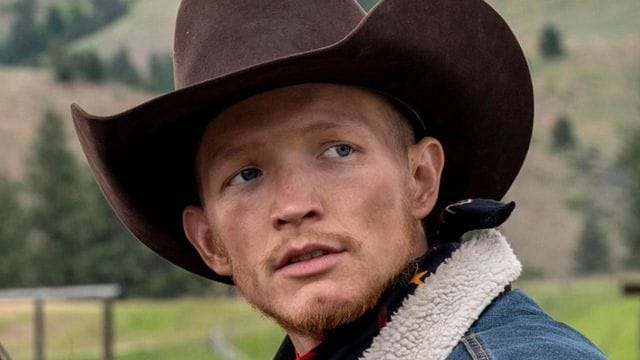 Jimmy goes through a significant character arc during the series. He comes from a difficult family, with the majority of his relatives either deceased or in prison. Dirk Hurdstram, Jimmy’s grandfather, is the sole relative that watches out for him and manages to save him from himself.

Jimmy was living a criminal life until John Dutton took him in as a favour for his grandfather. Jimmy receives a second opportunity in life thanks to John, and he learns to stand on his own two feet.

Jimmy learns to ride and discovers he has an aptitude for rodeo throughout his time on the ranch. Lloyd, a long-time Yellowstone ranch employee, helps him become a skilled bronc rider and even earns a few dollars. Jimmy’s promising rodeo career is cut short by two near-fatal accidents.

Does Jimmy Die in Yellowstone?

With so much violence and tension developing since Yellowstone season 1, it appears that everyone has been in danger at least once, and while Jimmy did not die in Yellowstone, his trip through the seasons hasn’t been easy. In the Yellowstone season 3 finale, ranch hand Jimmy Hurdstrom, played by the magnificent Jefferson White, suffered catastrophic injuries after breaching a commitment he made to John Dutton.

Jimmy said he’d never go back to the rodeo after an incident, but he couldn’t stay away. Unfortunately for him, this resulted in another horrible accident. This occurred in the season three finale, leaving his destiny undetermined and hanging in the balance heading into season four.

Although he began to heal and was eventually freed from the hospital, he was chastised by John for breaching his commitment. But the firm but fair grandfather isn’t ready to throw Jimmy out, and he takes a more measured approach. Jimmy is sent to 6666 in Texas to pursue his dream of being a rodeo cowboy.

Why Did Jimmy Leave Yellowstone?


While Yellowstone season 4 would not have been near as emotionally charged and dramatic without the Duttons, ranch hand and want-to-be cowboy Jimmy was an integral component of the neo-Western series. So when Jimmy left the Yellowstone Dutton Ranch in season 4, many long-time fans were probably surprised.

Instead of returning to their Montana ranch, he gained John Dutton’s permission to work on the 6666 Ranch in Texas indefinitely. Jimmy bid farewell to the Duttons, who had become like family to him over the years, and moved off to start a new life at the new ranch with his fiancée Emily, the chief vet technician at 6666 down south.

Regarding Jimmy’s departure from Yellowstone, Jefferson previously told Us Weekly that he was “proud” of the ranch hand’s decision to prioritise himself and Emily for once.

“When Jimmy drives off into the sunset, I’m proud of him for deciding what’s best for him and Emily. “I think that’s a lovely thing,” he said. “Also, the uncertainty that that conveys is frightening. For the first time in his life, he is in a true transition period. He’s being given the chance to make his own decisions.” Of course, this means Jimmy has no one but himself to blame if his plunge into the unknown goes horribly wrong – something Jefferson also mentioned.

Anyone who was wondering why Jimmy left Yellowstone now has an answer, but there have been some intriguing revelations about the character’s future and fate in the programme since then.

Where And How To Watch Yellowstone New Season?

Yellowstone returns to the Paramount Network for Season 4 on Sunday, November 7, with back-to-back episodes. As long as you have a cable subscription, it will be shown on TV Land, CMT, POP TV, and their respective websites at the same time.

If you can’t watch on Sunday night, episodes will be accessible the following day on the Paramount Network app, but you’ll need a cable subscription. Due to licencing restrictions, Yellowstone is not available on Paramount+. Yellowstone Seasons 1-3 are now available on Peacock. Season 4 is expected to be accessible on the service when it concludes in early 2022.

What Happened to Fearless? Is He Dead or Alive or Just a Rumor?