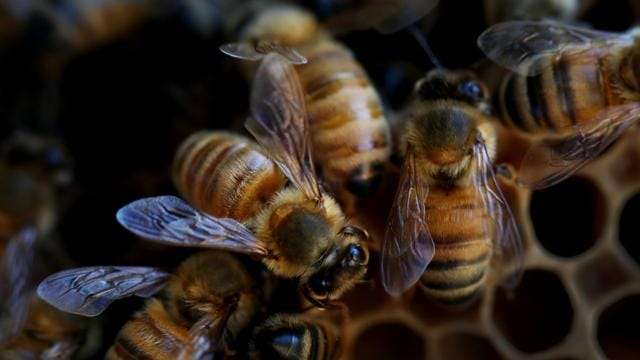 According to new research published in the journal Ecology, certain physical characteristics of flowers affect the health of bumblebees by modulating the transmission of a harmful pathogen called Crithidia bombi.

The research, conducted by scientists at the University of Massachusetts Amherst, shows that the length of a flower’s corolla, or petals, affects how this pathogen is transferred between bees because shorter corollas mean that fewer bee faeces wind up inside the flower itself and in the path of bees looking for nectar.

Scientists have recently issued a warning about an “insect apocalypse,” or a massive die-off of the world’s bugs. According to some estimates, the world’s insect life has declined by 75% in the last 50 years. Among the many ecological consequences of this apocalypse is the extinction of pollinator species, some of which scientists estimate has declined by 90% in the United States over the last two decades.

Though there are numerous causes for the apocalypse, including habitat loss, pesticide use, and others, pathogen devastation is one of them. A parasite called Crithidia bombi, which is often transmitted by bee poop, has been a major scourge for bumblebees.

Planting pollinator gardens has been a widespread and popular attempt to save bees. “But what plants should we plant?” Jenny Van Wyk, the paper’s lead author and a postdoctoral researcher in biology at the University of Massachusetts Amherst.

“We’re trying to collect data on how floral traits affect pollinator health so that we can think beyond species-specific data. In this way, we may be able to generalise across species with similar traits and thus aid in guiding planting decisions.”

Flowers with shorter petals, in particular, may transmit fewer pathogens than flowers with longer petals of the same species.

This is because bees burrow deep into flowers in search of nectar. When the petals are long enough, a bee can fit its entire body inside. When that bee defecates, its faeces remain inside the flower, and the next bee that comes through in search of nectar and pollen will be smeared in the poop of another bee. If that poop contained C. bombi, the second bee would be at high risk of infection

However, “bees’ butts hang out” in shorter-petaled flowers, according to Van Wyk, and their faeces fall harmlessly to the ground. Van Wyk and her colleagues came to this conclusion after recruiting an army of UMass Amherst undergrads and graduate students to plant patches of native wildflowers enclosed in tents. Bumblebees were released into these tents.

Van Wyk and her colleagues painted half of the bees blue to make identification easier. The other half received C. bombi vaccinations. 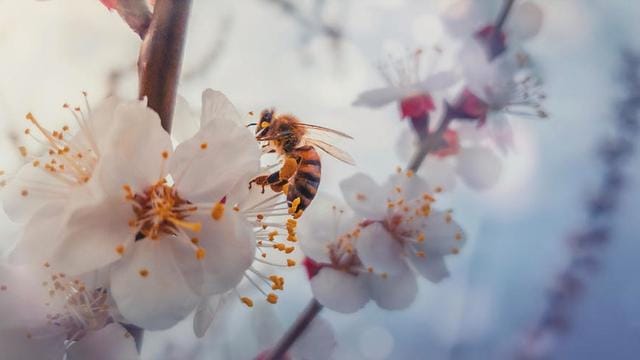 The team then changed the physical characteristics of the flowers in each tent to see which one had the greatest impact on bee health. Van Wyk and her colleagues used tiny scissors to trim over 105,000 flowers to test corolla length. The researchers arranged some flowers in a cross-like pattern and others in a more linear shape to see if the orientation of flowers on the plant had an effect.

Van Wyk and her colleagues fed fluorescent paint to the bees to track where their poop landed. They used a black light to locate the glowing poop in order to determine where the pathogen was deposited.

After all of this, the researchers discovered that pathogen transmission was reduced when corolla lips were trimmed, nectar was distributed evenly within a group of flowers, or flowers were planted further apart. Flowers with trimmed corollas produced more larvae, as did plant patches with more evenly distributed nectar.

“This work is really exciting and novel,” says Lynn Adler, senior author of the paper and professor of biology at UMass Amherst, “because there have only been a handful of studies that have compared how flowers from different species can transmit bee diseases—and only a single study, published more than 25 years ago, that manipulated a floral trait to establish its causal role in disease spread.” Our findings suggest that a wide range of characteristics may be important.”

“When I give public talks, the most common question I get is, ‘What should I plant for bees?'” says Van Wyk. Our findings pave the way for future research into how specific physical flower characteristics support bee health, which can inform management practises.”