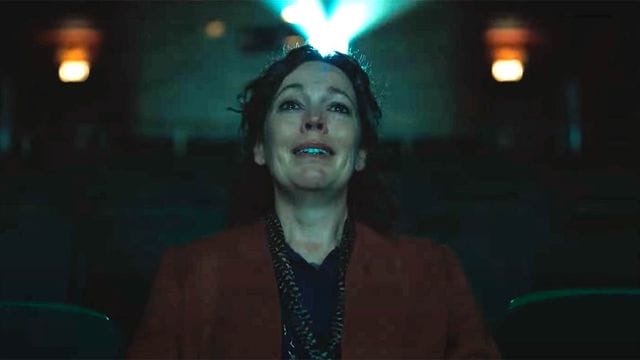 Disney’s Searchlight Pictures has unveiled a new trailer for the upcoming film “Empire Of Light,” which will be released exclusively in theatres in December.

“Empire Of Light,” directed by Academy Award winner Sam Mendes, is a beautiful and heartbreaking narrative about human connection and the enchantment of cinema set in an English beach village in the early 1980s.

The complete trailer for Sam Mendes’ upcoming love letter to cinema, Empire Of Light, has been released by Searchlight Pictures. It promises poignant performances from actors Olivia Colman and Michael Ward as they become engulfed in passion, encountering numerous hurdles along the road.

Colman plays Hilary Small in Empire Of Light, an unhappy, lonely lady who works at The Empire movie. Not only does she meet a younger Black guy named Stephen (Ward) with whom she develops a romantic relationship, but she also falls in love with film as an art form.

Her friendship with Stephen broadens her perspective on the little coastal community’s ongoing racial challenges, as the film deals with the 1981 Brixton Riots and the growth of the far-right fascist National Front party.

Colin Firth plays The Empire’s owner, while the cast also includes Tom Brooke, Hannah Onslow, Toby Jones, Crystal Clarke, and Tanya Moodie. Following his term as a co-writer with Krysty Wilson-Cairns in 1917, Mendes’ first time as the only writer on a project is Empire Of Light.

“I’m not saying all my other films aren’t personal in some way because clearly, they have importance to me,” Mendes tells Deadline. “But it’s almost as if it’s the first time I’ve ever named something this personal because I’ve tackled it in my own weird manner.”

“It’s strange to be writing my own screenplay for the first time at 56 after having made nine other films, but I really felt compelled to create this.” I believe everyone’s experience with lockdown was that your head was kept in a vice and you had to focus solely on your life, you’re living here. So, what is your life like, what do you value?”