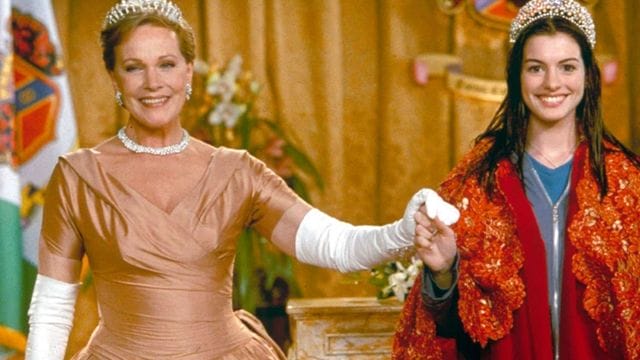 Scribes for ‘Reacher’ and ‘Quantum Leap’ The script is being written by Aadrita Mukerji, with franchise veteran Debra Martin Chase returning to produce. Disney is returning to The Princess Diaries universe.

Aadrita Mukerji is writing a story for a new Disney picture, which sources claim will be a continuation of the Anne Hathaway-led series rather than a reboot.

According to reports, Hathaway does not have a deal to return, but she has openly declared her support for a third installment, and the hope is that she will return if the possible new picture progresses past the script stage.

The film, which was released on August 3, 2001, was an unexpected commercial success, grossing more than $165 million worldwide. Despite receiving mixed reviews for its plot and themes, critics appreciated Hathaway’s performance.

The Princess Diaries was one of the most profitable films of 2001, defying industry predictions that it would underperform due to its G-rating and subject matter. The success of the film is credited with establishing Hathaway as a bankable actress and revitalizing Andrews’ film career.

The Princess Diaries 2: Royal Engagement, a sequel, was launched in 2004 to similar success. A third installment is now in the works.

The new film is being produced by Debra Martin Chase, who also produced the first two Princess Diaries. Executive producing is Melissa Stack, the screenwriter of the Cameron Diaz comedy The Other Woman and the 2020 Disney+ film Godmothered.

The Princess Diaries was named Best Family Feature Film Comedy by the Young Artist Awards. Debney’s score received the ASCAP Award for Top Box Office Film, one of three medals given to the composer at the 17th Film and Television Music Awards presentation.

Myra’s song “Miracles Happen (When You Believe)” was nominated for an ALMA Award for Best Song on a Motion Picture Soundtrack. Marcia Ross, Donna Morong, and Gail Goldberg were nominated for an Artios Award in the category of Feature Film Casting – Comedy.