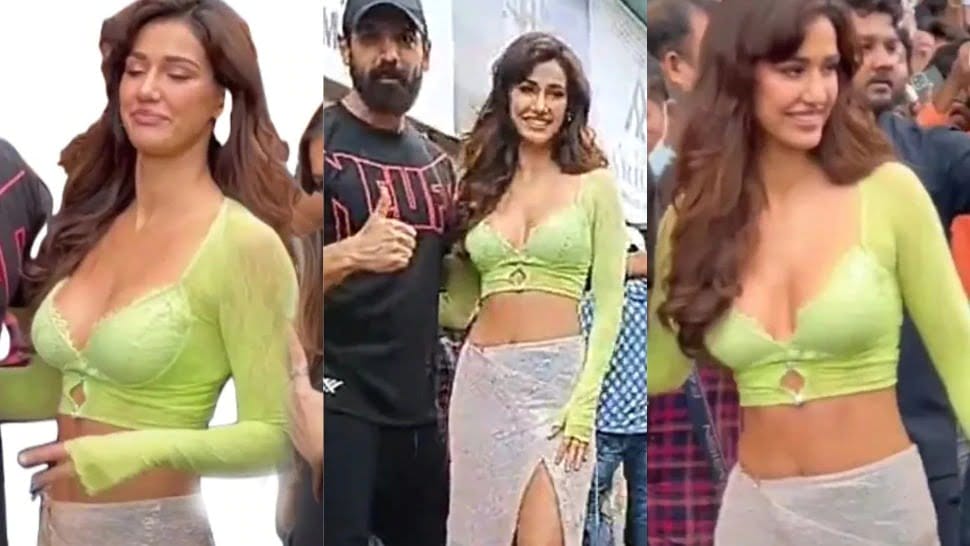 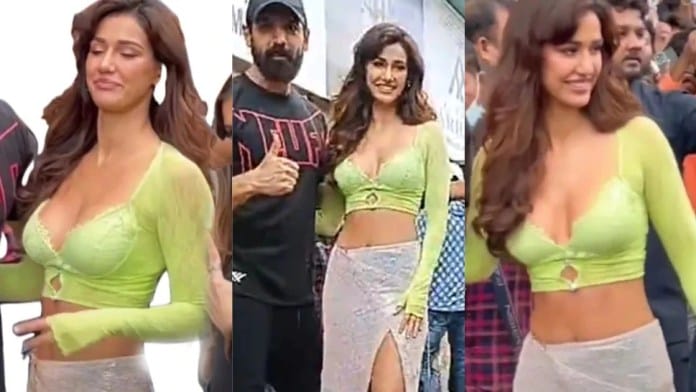 Fans are surprised to see Disha Patani in front of the camera wearing such a dress. Disha was seen in multiple revealing and daring outfits to promote her much awaited film ‘Ek Villain Returns‘. In which not only Disha’s style is worth watching, but also her boldness is being talked about everywhere. At the same time, Disha Patani reached out to the crowd in such a hot outfit that the video is making headlines on social media. In this video, the actress is seen flaunting her body in front of the camera wearing a very daring outfit.

Also read: Shraddha Kapoor was the victim of an ugh moment at the event due to her tight outfit

In a recent promo video, Disha Patani went sassy in a silver Thai slit skirt paired with a neon colored crop top. This top of the actress was so revealing that people were shocked to see it.

The neckline of Disha Patani’s crop top was so deep that the camera was catching it all. However, Disha did not hesitate to pose in front of the camera after wearing this dress. Disha was seen striking some killer poses with John Abraham in a very revealing outfit in the crowd, while Sutaria was spotted posing with Arjun Kapoor.

The stars are leaving no stone unturned in the campaign before the release of this film. Disha appears in front of the camera wearing such a skimpy outfit that everyone is stunned to see her. The actress has been seen wearing more revealing outfits in each campaign. Let us inform you that apart from Disha, ‘Ek Villain Returns’ also stars John Abraham, Tara Sutaria and Arjun Kapoor in lead roles. The film is releasing on July 29.

A new fight has started between Deepika and Katrina, the competition is on for this superhit hero