Discover How 32,000-year-old Seeds Were Used to Resurrect a Plant With This Explanation! 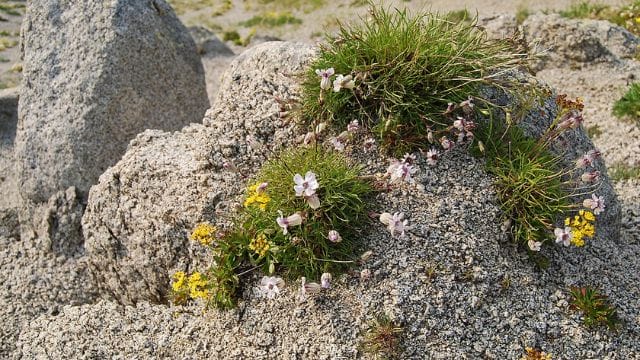 Regeneration is a cool thing to see. From a scientific point of view, it means that some organisms can grow back or fix tissues, organs, or limbs that have been lost or damaged. It is a natural process that happens in plants, animals, and some types of microorganisms.

The Oldest Plant Ever Grew From Seeds That Were 32,000 Years Old

You are looking at the oldest plant ever to be regenerated, grown from 32,000-year-old seeds! A Russian team discovered a seed cache of Silene stenophylla, native to Siberia buried by an Ice Age squirrel, successfully germinated it https://t.co/ARwp1KnqGU pic.twitter.com/pifBV9IeJ2

In 2012, Russian scientists from the Institute of Cell Biophysics grew new silene stenophylla plants from seeds that were 32,000 years old. This plant is native to Serbia and has white flowers. The seeds were found buried 124 feet below the permafrost in Siberia.

Channa Prakash, a Twitter user, wrote about the plant and linked to it in a tweet “You are looking at the oldest plant that has ever been grown from seeds. These seeds are 32,000 years old. A team from Russia found Silene stenophylla seeds that were buried by an Ice Age squirrel in Siberia. They were able to grow from the seeds “while showing a picture of the plant.

The scientists were able to grow Silene stenophylla plants from seed pods that were 32,000 years old. In a study that came out in the Proceedings of the National Academy of Sciences, they talked about what they had done.

The Seeds Were Found Completely Frozen in Ice

Scientists from Austria tried to map the genomes of the ancient plants years after the successful regrowth to find out how the seeds had stayed alive for so long. The mature and immature seeds were found 124 feet (38 metres) below the permafrost. They were completely frozen in ice and surrounded by layers of mammoth, bison, and woolly rhinoceros bones.

National Geographic says that the seeds frozen in ice were surrounded by layers of bones from mammoths, bison, and woolly rhinoceroses. Scientists used radiocarbon dating to figure out how old the group of mature and young seeds found in the permafrost was.

Even though the seeds were 124 feet below the surface of the ice, the scientists were able to use all of them. They got the tissue out of the ice and grew the seeds in glass vials. The study, which was published in the journal Science, said, “Late Pleistocene plant tissue of S. stenophylla that has been naturally preserved in permafrost may be regenerated using tissue culture and micropropagation to produce healthy plants that can reproduce sexually.”

The plant beat out a Judean date palm from about 2,000 years ago to become the oldest plant to come back to life.