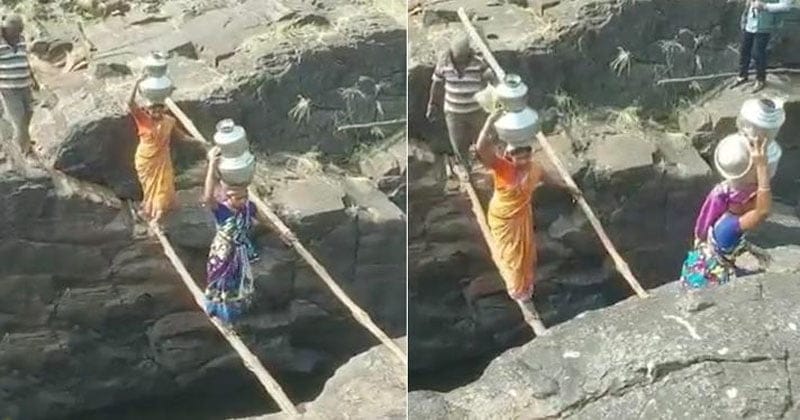 Some people in big cities do not save water. There is a tap connection in their house. There is plenty of water in the city but this facility is not there in the villages. It takes a lot of effort to bring a bucket of water to the villages. A video of some people risking their lives to fetch water from far and wide is going viral on social media.

Tribal women in Maharashtra’s Nashik have to carry pots on their heads to fetch drinking water by walking on wooden poles from the bottom of a river 25 feet deep every day. There is an actual video describing tribal areas in New India.CMOMaharashtra OfficeOfUT
pic.twitter.com/tzcl0tfbSX

The video shows some women walking on a thin rope between two mountains to fetch water. In the video, women are shown walking with their heads covered, which is very surprising. Many people of this village have also died after falling in the river.

This shocking video is from Sharkhej village of Trumbakeshwar taluka of Maharashtra. People of different castes live here in which more than 200 tribals are living here. Each of these people has to climb a bridge to get drinking water. It is seen in the video that it is very scary and walking on it is a very risky job.

The video shows the women walking on a river bridge as the water was so bad that they had to travel long distances to fetch water from a spring. This bridge is 25 feet deep. This video is being put on the satsang media by the local people and this video is becoming very viral day by day which is putting a lot of pressure on the government.

One such case was seen in Madhya Pradesh for water when some women went to the well and filled it with water. 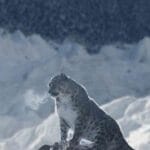