Dan McCafferty, The Nazareth Co-founder Who Sang Lead on “Love Hurts,” Has Died at the Age of 76 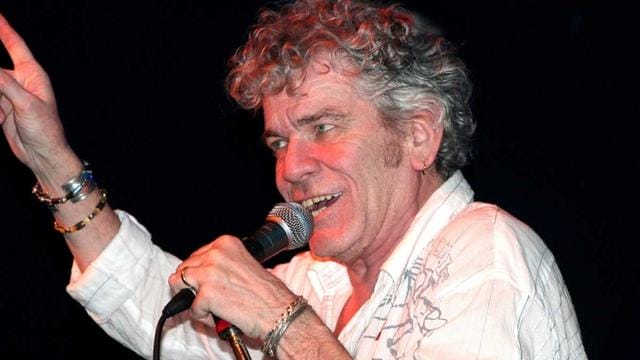 Pete Agnew, his longtime bandmate, broke the news on social media. “This is the most heartbreaking announcement I’ve ever had to make,” he said on the group’s Facebook page. “Maryann and her family lost a wonderful loving husband and father, I lost my best friend, and the world lost one of the greatest singers of all time.”

McCafferty co-founded Nazareth with Agnew, guitarist Manny Charlton, and drummer Darrell Sweet in 1968 and retired from touring in 2013 — 45 years later — due to the effects of COPD. Until 2014, he sang on all of the band’s nearly two dozen albums.

The band achieved success in the United Kingdom with its third album, Razamanaz, released in 1973 and produced by Deep Purple’s Roger Glover. It peaked at No. 11 and spawned two Top 10 singles in the United Kingdom, “Broken Down Angel” and “Bad Bad Boy,” both of which McCafferty co-wrote. Its follow-up album, Loud and Proud, was released the same year and reached the Top 10 thanks to another hit single, “This Flight Tonight.”

However, both of those albums peaked in the 150s on the Billboard 200 chart in the United States, as did Nazareth’s 1974 release, Rampant, which peaked at No. 13 in the United Kingdom.

However, success in the United States came in spades the following year.

Hair of the Dog, the group’s sixth studio album, featured a radical reworking of the Everly Brothers’ 1960 non-single “Love Hurts.” The country-tinged arrangement of the Kentucky duo was replaced by Charlton’s feedback-fueled guitar hook, which fed into a signature solo.

The song peaked at No. 8 on the Billboard Hot 100, propelling Hair of the Dog into the US Top 20 and proving to be the album’s most successful in America. It was later featured on television shows such as That ’70s Show, King of the Hill, Supernatural, and Scrubs, as well as the 2005 skateboarding film Lords of Dogtown.

The title track, which belongs on any respectable “cowbell” playlist, also featured a driving guitar riff and served as the flip side to the single “Love Hurts.” The song remains a classic rock staple, driven by the oft-repeated line, “Now you’re messin’ with a son of a bitch.”

The album also produced the moderate UK hit single “My White Bicycle,” but the album failed to chart in the country. Close Enough for Rock ‘n’ Roll by Nazareth 1976 peaked at No. 24 in the United States, the group’s last appearance in the Top 40.

It had a minor hit in the United States with the 1980 single “Holiday,” and it received some FM airplay for “Love Leads to Madness” in 1982. In 1981, the band toured North America with Krokus as its opening act, and in 2008, they opened for Deep Purple.

Two Members of TREASURE Have Decided to Leave the Group

According to the New Cast of Netflix’s The Crown, Viewers Are Aware That It is a Drama