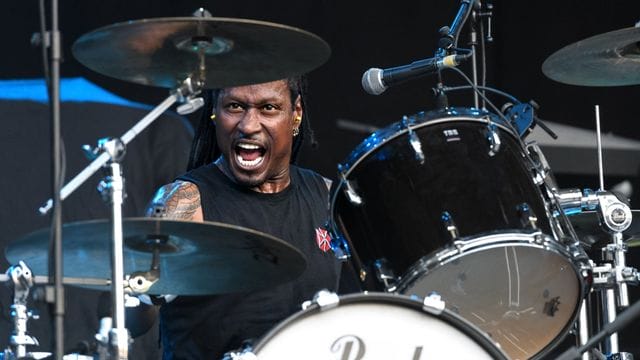 The long-time punk icon died of a head injury caused by an unintentional fall.

D.H. Peligro, the Dead Kennedys’ longtime drummer, has passed away. “Dead Kennedys’ drummer D.H. Peligro (Darren Henley) passed away in his Los Angeles home yesterday, October 28th,” the band wrote on Instagram. According to police on the scene, he died as a result of head trauma caused by an accidental fall.

Plans are being finalized and will be announced in the coming days. During this difficult time, we ask that you respect the family’s privacy. Thank you for your kind words and thoughts.” Peligro was 63 years old at the time.

On social media, Peligro’s contemporaries paid tribute to him. “The first time I saw you play with the DKs in ’81 you blew my mind,” Flea wrote on Instagram. “Power, soul, and recklessness.” Jon Wurster of Superchunk posted a video of a Dead Kennedys set in San Francisco from 1984 with the caption “D.H. Peligro has left the building.” “One of the all-time greats.”

Peligro, who was born Darren Henley on July 9, 1959, in St. Louis, Missouri, began learning to play the drums at a young age. During junior high, he became obsessed with rock music, specifically KISS, Bachman-Turner Overdrive, and Black Sabbath. As a teenager, he moved to San Francisco and lived on the streets in a van, where he met artists such as Television, the Ramones, Devo, and the Go-Gos.

He felt like a new world opened up to him after meeting the members of S.S.I. and joining the band. “They told me about thrift store shopping, clubs, and punk gear,” Peligro explained later in an interview. “When I think back on that time, it was actually quite exciting because people were accepted.” 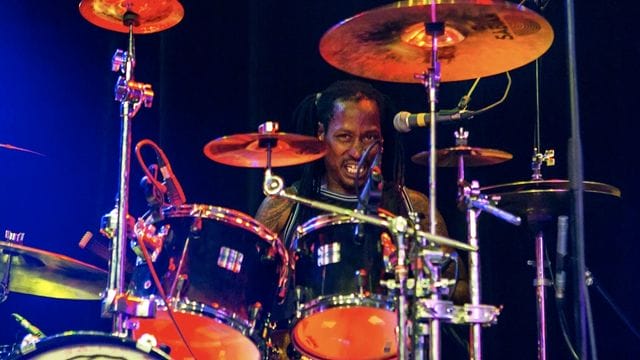 It was my first exposure to gay people, different-colored hair, mohawks, and people living freely as if every day was Halloween!” While playing with S.S.I., he became a fixture in both the San Francisco and Los Angeles music scenes, most notably for fusing his drumming style to blend punk rock, hardcore, metal, and reggae.

Slesinger left the band the following year to pursue a career in architecture, and D. H. Peligro stepped in to replace him on drums after winning Biafra’s admiration at S.S.I. live shows. Peligro quickly assisted Dead Kennedys in transitioning into a more steadfast hardcore punk sound, employing an aggressive, relentless drumming style that would go on to influence the wave of crossover thrash that followed.

“I just pushed as hard as I could,” Peligro explained. “Ray would give me a little guff because he wanted me to slow down a little, but I just kept going and kept that pace up.” Everyone grew accustomed to it.”

Peligro made his recorded debut with the Dead Kennedys on the 1981 EP In God We Trust, Inc., which included the band’s iconic hit “Nazi Punks Fuck Off,” which was famously the first of many references railing against Ronald Reagan.

Peligro’s hardcore drumming style continued in a modified form on the band’s sophomore album, 1982’s Plastic Surgery Disasters, and on through their next string of records: Frankenchrist in 1985, Bedtime for Democracy in 1986, and Give Me Convenience or Give Me Death in 1987. 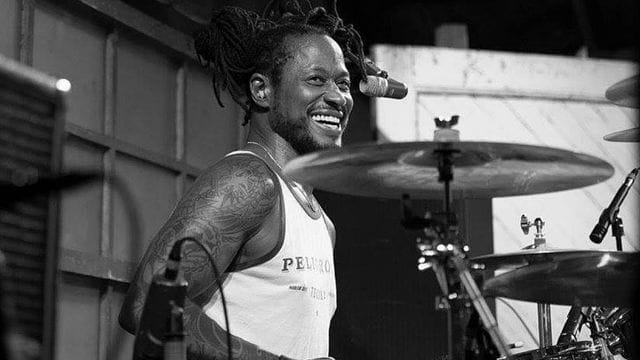 Peligro briefly joined Red Hot Chili Peppers after the Dead Kennedys disbanded in December 1986. After the departure of original member Jack Irons, the band was in need of a drummer. Peligro happily stepped up to the plate as a longtime friend of the band and former bandmate of Anthony Kiedis and Flea in their joke project Three Little Butt Hairs.

He performed with the Red Hot Chili Peppers and helped write several songs for their fourth album, Mother’s Milk. Peligro is also responsible for introducing Kiedis and Flea to then-teenager John Frusciante, who soon joined the band as their new guitarist. Peligro was fired in November of the same year. Several weeks later, the Red Hot Chili Peppers replaced him with Chad Smith.

Ray, Peligro, and Flouride reformed Dead Kennedys in 2001, with Brandon Cruz replacing Biafra. Peligro was a part of the band’s entire reunion effort, from multiple tours to live album releases like Mutiny on the Bay, Live at the Deaf Club, and DK 40, with the exception of a one-year absence to address health-related issues.

Peligro later collaborated with artists such as Moby, Feederz, the Aliens sans Roky Erickson, and Nailbomb, among others, both live and in the studio. He also formed his own band, Peligro, and released three albums: self-titled, Welcome to America, and Sum of Our Surroundings. He also fronted Reverend Jones and the Cool Aid Choir, the Hellions, and Al Sharpton’s Hair.

Peligro was an early Black punk rock icon who was outspoken about his encounters with racism while touring, including being denied entry into clubs where his bands were scheduled to perform. “Music would take me to places I wouldn’t normally go, and while you were onstage, it was fine, but when you got off, they’d get drunk and call you all kinds of names,” he told LA Weekly.

“You go down South, across the Midwest, and people think it’s music for white people, or I’m the janitor or security or something.” Because everyone wasn’t as open-minded as they were in San Francisco, you got to witness racism firsthand. Today, it’s a little more open and accepted, but there are still people who want to use a punk rock to make hate music. That irritates me to no end.”