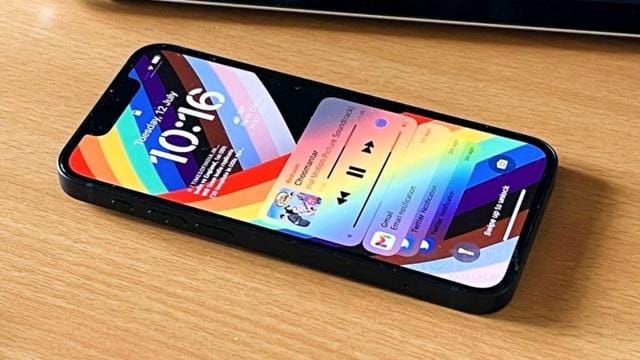 Dynamic Island is undoubtedly the most impressive new feature on this year’s iPhone 14 Pro and iPhone 14 Pro Max models. According to reports, the shape-shifting multitasking notification panel that replaces the notch will be available on all four iPhone 15 models next year. Apple’s ability to transform the contentious notch into something fascinating is a major accomplishment.

Apple has made a minor update to Dynamic Island in the latest iOS 16.2 Beta, according to 9to5Google. Previous versions of iOS 16 limited the number of icons that may be displayed on the iPhone 14 Pro status bar to two. These were the battery icon (with the percentage of battery life remaining) and either the Wi-Fi emblem or the bars showing cellular signal strength.

When playing music on the iPhone with the iOS 16.2 Beta installed, Dynamic Island shrinks in width, allowing all three icons to be shown in the status bar at the same time. ]

This may not appear to be a major matter, but it is for people who see one of the icons disappear from their phones’ status bar and believe there is a connectivity problem. This is owing to the fact that it is not always evident that the missing icon is due to the size of Dynamic Island.

According to Bloomberg’s Mark Gurman, Apple will not release iOS 16.2 until the middle of December. However, if you join the iOS 16 Beta program by clicking on this link, you will be able to get this new and better version of Dynamic Island on your iPhone 14 Pro right away.

After visiting the Apple Beta Software Program website, select iOS 16, enter your Apple ID and password and then proceed as directed. Just create a backup of your data first because if you want to quit the beta program before the stable edition of iOS 16.2 is released, you will have to wipe your phone’s data.