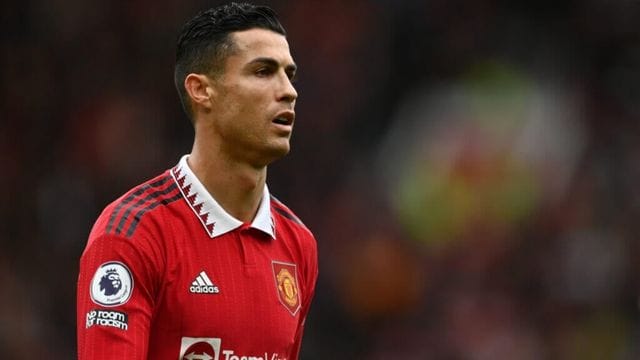 The Glazer family-owned Manchester United for 17 contentious years before announcing on Tuesday that they were ready to sell the organization. It was already confirmed that star player Cristiano Ronaldo has departed the club with “immediate effect” on a turbulent day for the English giants.

When United declared Ronaldo’s contract had been canceled by mutual consent to conclude his second stint at Old Trafford, weeks of turmoil seemed to have come to an end.

Just a few hours after that momentous declaration, it was revealed that the US-based Glazer family might also be leaving.

In a statement, United announced that the board will “explore all strategic possibilities, including new investment into the club, a sale, or other transactions involving the firm.” Since a £790 million ($934 million) leveraged takeover piled the club with debt in 2005, the Glazers have been unpopular with fans.

Since Alex Ferguson’s resignation as a manager in 2013, there has been a nine-year drop in on-field performance that has further increased frustration with the Americans.

Since Ferguson’s final season in 2012/2013, the Red Devils have not won the Premier League championship, and they haven’t won a trophy since 2017.

United is presently 11 points behind league leader Arsenal in fifth place in the Premier League.

Avram and Joel Glazer, the club’s executive co-chairmen and directors, continued, “We will explore all possibilities to ensure that we best serve our supporters and that Manchester United exploits the huge growth prospects open to the club today and in the future.

The statement acknowledged the necessity of funding stadium renovations. With a 74,000-capacity, Old Trafford is still England’s biggest club stadium, but not much has changed there since 2006.

The discussion around Ronaldo’s position on the team has dominated Erik ten Hag’s first few months as manager at Old Trafford, where he is the fifth permanent manager in the club’s nine-year history.

The former Ajax manager had only occasionally employed the five-time Ballon d’Or winner in the Premier League. Last Monday, Ronaldo responded in a furious TalkTV interview, calling the club “betrayed” and claiming to have no respect for Ten Hag.

The fifth-time World Cup participant and captain of Portugal also criticized the Glazers, saying they “don’t care about the club.”

In a previous announcement, Manchester United stated that Cristiano Ronaldo would be leaving by mutual consent and with immediate effect. The team wishes him and his family well for the future and expresses gratitude for his enormous contribution over his two stints at Old Trafford, where he scored 145 goals in 346 games.

Only a few weeks ago, the American owners of Liverpool, the Fenway Sports Group, made it known that they would be open to selling the club. Now, the Glazers are reportedly seeking investment.

United and Liverpool both participated in the failed European Super League (ESL) initiative, which aimed to establish a closed league structure akin to that in the US for Europe’s top teams without the need for qualifying or promotion and relegation.

In May 2021, a match between United and Liverpool was abandoned as fans stormed the field after a ferocious backlash to the ESL at a period when spectators were barred from stadiums due to coronavirus restrictions. Even though the Glazers have spent a lot on player salaries and transfer costs, especially on Ronaldo’s homecoming, protests against them have remained frequent on matchdays at Old Trafford.

A second American syndicate led by Todd Boehly purchased Premier League rivals, Chelsea, in May for 2.5 billion euros ($3 billion), a record price for a football club, with a further investment of 1.75 billion euros pledged for the playing staff and infrastructure.