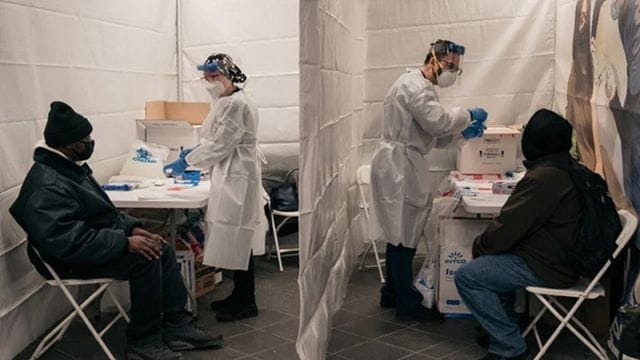 The new Covid version of XBB is not a problem for India. 1.5 As 90% of its eligible population has been vaccinated and 30–40% have received booster doses, said Dr. M. Wali, a doctor at Sir Ganga Ram Hospital in New Delhi.

1.5 As 90% of its eligible population has been vaccinated and 30–40% have received booster doses, said Dr. M. Wali, a doctor at Sir Ganga Ram Hospital in New Delhi.

But at the same time, Dr. Wali asked people to “be careful” and keep their older relatives and children away from others. He also told people not to go outside unless they had to. He told people to “act like they should in Covid and, most importantly, put on a mask.”

Dr. Wali stressed how important immunity is in fighting the virus. He said that a booster dose, strong immunity, the initial infection, and vaccination all work together to make the virus less dangerous. People who are infected only need to be kept apart and have samples of their DNA sent to a lab so that their genomes can be sequenced. They do not need to go to a hospital.

Dr. Wali said that the three foreigners who came to Gujarat by plane from China and Australia with the Covid virus and were found to be healthy were from China, Australia, and the United States. In Rajkot, it was found that a woman and her fiance were both sick. Both of them were coming from other countries with their two-year-old children.

All international travelers from China, Hong Kong, Japan, South Korea, Singapore, and Thailand who are going to India must now submit RT-PCR reports before they leave. From January 1, 2023, on, you will also have to upload a report to the Air Suvidha website.

Also, all international travelers were given random 2% tests when they arrived in India, no matter where they had come from. People said that the test should have been done three days after the trip to India began. The decision was made because of how COVID-19 was changing around the world, especially in the countries listed above.