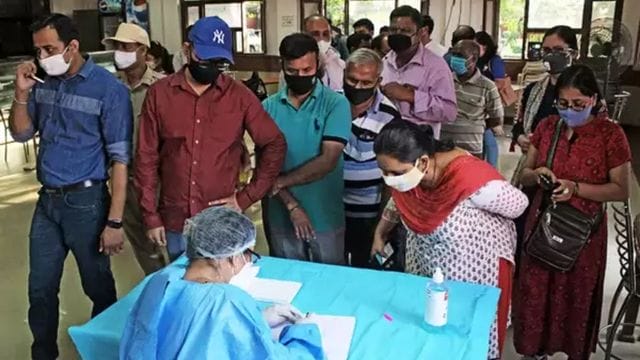 According to data provided by the Union health ministry, India reported 214 new cases of coronavirus infection on Saturday (January 7), while the total number of active cases rose slightly to 2,509 individuals. Because of this, the overall number of cases associated with COVID-19 has now reached 4.46 crore (4,46,79,761).

According to data that was updated at 8 in the morning, the number of fatalities has risen to 5,30,718 after four deaths were reported in the last 24 hours, two of which were reconciled by the state of Kerala. Additionally, the states of Maharashtra and Uttar Pradesh each reported one death. 0.11 percent was found to be the daily positive rate that was recorded. According to the website of the Ministry of Health, the positive rate for the previous week stood at 0.12%.

According to the ministry’s statement, the national COVID-19 recovery rate has increased to 98.80%, while the number of active cases accounts for only 0.01 percent of the overall infections. Within the past day and a half, the active COVID-19 caseload has seen a rise of six new cases, bringing the total number of cases to twenty-nine.

The total number of individuals who have shown signs of recovery from the illness has reached 4,414,6534. It was determined that 1.19 percent of cases resulted in fatalities.

According to the information provided on the website of the Ministry of Health and Family Welfare, a total of 220.13 crore doses of the COVID-19 vaccine have been distributed across the country as part of the ongoing statewide immunization program.