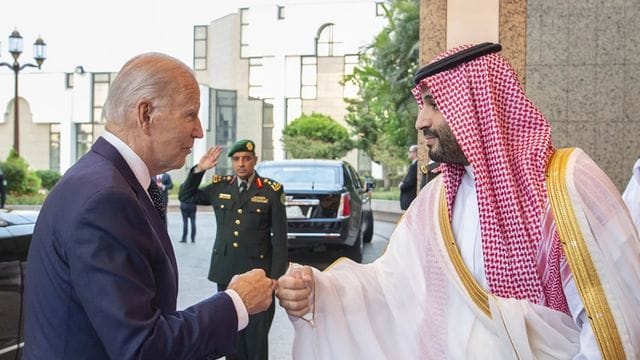 Sen. Tom Cotton, R-Ark., agreed with the Biden administration’s claim that Saudi Crown Prince Mohammed bin Salman could not be sued over the death of U.S.-based journalist Jamal Khashoggi because he had sovereign immunity.

“The decision by the administration this week to give Mohammed bin Salman sovereign immunity is in line with how lawsuits against foreign heads of state are usually handled,” Cotton said on Fox News Sunday.

Cotton’s comments come after the State Department said Thursday that the administration’s decision that the Saudi leader had sovereign immunity from U.S. courts in Khashoggi’s death was “purely a legal determination” based on a long-standing legal precedent.

The Arkansas senator agreed, saying that not giving this kind of immunity “would have been a big break from those traditions.”

Cotton said, “I would say that Saudi Arabia is far from the worst violator of human rights in the world.” “Look at what’s been going on in Iran for the last three months, like how they’ve been killing protesters in the streets, or what China does to steal organs or kill religious and ethnic minorities in genocide.”

Cotton said that Saudi Arabia has been one of the U.S.’s most important security partners, even though they don’t always agree with American values. He said that the U.S. wouldn’t have many partners if it expected them to agree with its democratic system 100% of the time.

“The most important thing about governments around the world is not whether they are democratic or not, but whether they are pro-American or anti-American,” said Cotton. “The fact is that Saudi Arabia has been a partner of the United States for 80 years.”

Cotton said that his position doesn’t mean “we ignore or excuse countries that are pro-American.” He said that these countries can be helped to become democratic over time.

The position of the Biden administration on the issue has caused a lot of debate. The CEO of the Washington Post, Fred Bryan, said that the decision doesn’t “uphold America’s most cherished values.”

Bryan said of President Biden, “He’s giving a green light to kill to one of the worst human rights abusers in the world.”

In recent months, it seems like Biden has had a hard time keeping the U.S. relationship with Saudi Arabia in check. This is especially true after the country went against the president’s wishes and didn’t increase oil production when prices went up.

The killing of Khashoggi in 2018 has become another point of tension between Biden and Saudi Arabia. During his campaign, Biden had promised to make Saudi rulers “pariahs” over the issue.

During a 2019 CNN town hall, Biden said, “I think it was a murder, full stop.” “And I think that should have been enough. I said in public at the time that we should treat it that way and that there should be consequences for how we use that power.”

But Cotton thinks that Biden has at least started to handle the case in the right way. Cotton said, “They didn’t have to weigh in, but if they hadn’t, it would have been a big break from the norm.”