Consumer Inflation in the United States Has Slowed to 7.7% in the Last Year 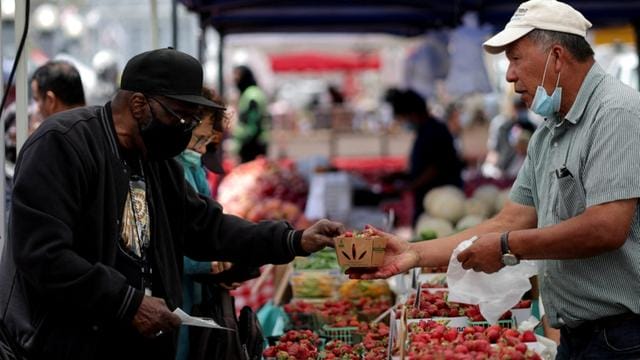 Inflation was on many voters’ minds during the midterm congressional elections that concluded on Tuesday. Price hikes in the United States eased last month, the latest hint that the nation’s inflationary pressures may be receding as the economy weakens and consumers become more cautious.

The Labor Department reported Thursday that consumer inflation was 7.7% year on year in October and 0.4% month on month.

The increase year over year was the smallest since January. Excluding volatile food and energy prices, “core” inflation increased 6.3% in the previous year and 0.3% from September.

All of the figures were lower than economists had predicted. Despite last month’s mild lowering of inflation, the Federal Reserve is widely expected to continue raising interest rates in an attempt to slow persistently high price increases.

Many experts, however, fear that if the Fed continues to tighten credit aggressively, it will produce a recession by next year.

So far this year, the Fed has increased its benchmark interest rate six times in significant increments, raising the possibility that unreasonably high borrowing rates — for mortgages, auto purchases, and other high-cost necessities — would tip the world’s largest economy into recession.

Inflation was on many voters’ minds during the midterm congressional elections that concluded on Tuesday.

Their economic concerns contributed to the loss of Democratic seats in the House of Representatives, despite Republicans failing to achieve the massive political gains that many had predicted.

Even before Thursday’s numbers, some gauges of inflation had begun to fall and may continue to do so in the coming months. Most wage indicators, for example, show that the recent 18-month pay rises have stopped off and begun to fall.

Though worker pay is not the primary cause of price increases, it can exacerbate inflationary pressures if businesses offset rising labor expenses by charging their customers more.

With the exception of automakers, which are still battling to obtain the computer chips they require, supply chain problems have essentially been resolved. Shipping prices have returned to pre-pandemic levels.

The cargo ship backup off the ports of Los Angeles and Long Beach has been cleared. And, as drops in new rents revealed by real-time measures from sources such as ApartmentList and Zillow begin to be recorded in the government’s impending measures, inflation should be reduced.

Despite widespread concern that the economy would enter a recession next year, the labor market in the United States has remained strong. Employers have added a healthy 407,000 jobs per month on average, and the unemployment rate is just 3.7%, close to a half-century low. Job opportunities remain at historically high levels. However, the Fed’s rate hikes have severely harmed the American home market.

The average 30-year fixed mortgage rate has more than doubled in the previous year, peaking at 7% before decreasing marginally last week. As a result, housing investment fell by 26% year on year in the July-September quarter.

Increased mortgage rates have slowed sales. In comparison to a year ago, home prices have slowed significantly and have begun to fall on a monthly basis.

A new apartment lease is also becoming less expensive. However, because of how the government calculates housing prices, economists believe the price of housing may have risen in October, raising broader inflation measurements.

The government calculates the cost of all rents, including most existing lease rents. However, asking rents for new leases are gradually falling.

Economists predict that prices for many essential commodities will fall. Used car prices are projected to dip from September to October after skyrocketing last year as computer chip shortages hampered the availability of new cars. Wholesale used-car prices have progressively fallen, but this has yet to be fully reflected in retail prices.

The IOA Constitution Was Approved at a Frantic Special General Meeting