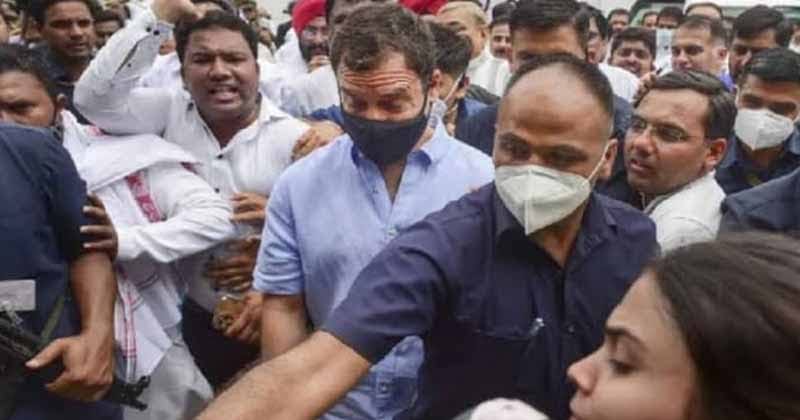 Dissatisfied with the answers given by ED Rahul Gandhi in the National Herald money laundering case, he was called for questioning on the third day i.e. on June 15. He was first questioned for 10 hours on June 13 and then for about 11 hours on June 14. During this, the opposition of Congress leaders and workers continued. Police has taken Congress leader Sachin Pilot into custody. The Congress has accused the BJP of hatching a conspiracy to defame the Gandhi family through a false case.

Police has arrested Sachin Pilot, Congress leader and former Deputy Chief Minister of Rajasthan. Sachin Pilot was going to the party headquarters when the police detained him and took him to the police station.

On this occasion, he alleged that BJP, Modi government and Delhi Police have now resorted to bullying. The incident of vandalism in the police office and beating up of workers and leaders has now gone out of control. Delhi Police officials should also know that this will be remembered. We are Gandhians, peace loving and non-violent so don’t assume that Congress workers will remain silent. We are also going to answer.

In protest, Congress workers burnt tires outside the ED office. At many places, the workers also clashed with the police. After Rahul Gandhi reached the ED office, Congress leaders and workers continued to protest outside the Congress office. 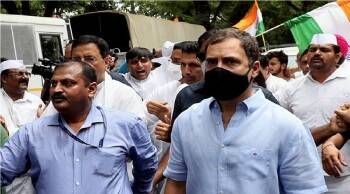 Chhattisgarh Chief Minister Bhupesh Baghel said that for the first time the party workers could not go to their party office and why this situation has arisen because a person is continuously exposing the central government to everyone that what is happening in the country since last eight days. . years. Such a situation had not happened before. The situation in the whole country is against everyone. We are in Delhi for three days and on the first day 200 people were allowed. Yesterday some leaders got permission and today the limit is reached when we cannot even bring our staff along. But all this will cost them dearly.

Delhi Police on Tuesday said it has detained 217 Congress workers and leaders, including 15 MPs, for violating Article 144 and holding protests without permission. However, all were later released.