Commonwealth Games athletes on the sets of The Kapil Sharma Show, see pictures 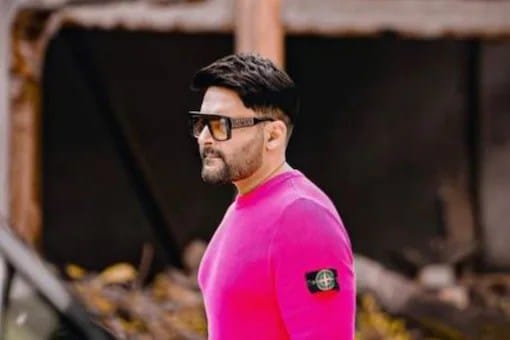 Kapil Sharma has posted many behind the scenes pictures of his new show. In these pictures, Kapil is seen with the athletes who won medals for the country at the Commonwealth Games 2022. Tagging these female players as ‘Golden Girls’ in his post, Kapil captioned it, ‘Delighted to host our Golden Girls on #tkss, who made the entire country proud by winning a gold medal at the Commonwealth Games 2022. Kapil also shared the success of all the players especially with this post.

Comedy punch in Insta posts too

Kapil often never stops trolling his guests on the show. But even in Insta posts, her comedy punch brings a smile to her face. Kapil gave some information about the Commonwealth Games 2022 gold medalist, who arrived on the sets of the new season.

In the latest pictures from The Kapil Sharma Show posted on Instagram, Kapil looked smart in a blue sweatshirt and white denims. Kapil’s weight loss news has already made headlines and now the comedian is getting praises in this latest picture as well.

Recently, Kapil Sharma also shared the promo video of the new season of his show online.

This video gives an idea of ​​which faces are returning and which are new. The promo clip features Sumana Chakraborty, Kiku Sharda and Chandan Prabhakar along with Kapil. Apart from this, Shrishti Road was also seen, who is going to enter the show for the first time.

Kartik Aaryan rejected Pan Masala advertisement offer, know how much money he got

Ganesh Chaturthi: Ganesh arrives at this celebrity’s house, welcomes the father with grandeur