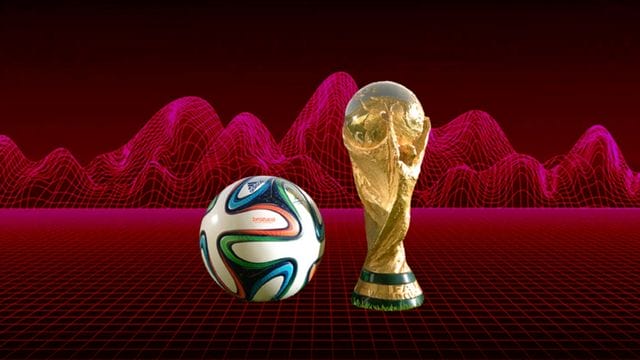 As the World Cup soccer tournament grows in popularity throughout the world, Chinese internet platforms are hurrying to join the carnival and compete for a large number of sports fans in the country by providing a “metaverse-like” viewing experience possible by 5G and virtual reality (VR).

Analysts believe the measures will assist the internet’s behemoths to secure a rising amount of traffic during the sporting event, but what matters more is that widespread use of the new technologies will allow enterprises to perfect their product offers.

Chinese streaming provider Migu, a subsidiary of China Mobile, and Douyin, the Chinese TikTok, are two significant participants. The two streaming platforms have sub-licensed rights to broadcast live and on-demand coverage of the Qatar World Cup and will share digital coverage of the events with China Media Group, a state-owned broadcaster (CMG).

According to rumors, Migu and Douyin paid an “astronomical” sum for the broadcasting rights. Only six Chinese mainland stations, including Migu China Mobile and Douyin, were permitted to broadcast World Cup matches.

Migu’s chief content officer, Gan Yuqing, stated in July that the business will construct a world-first virtual interactive arena for watching the game, as well as webcast the event using technologies such as 5G and VR to provide Chinese soccer fans a surreal experience.

Migu revealed plans for a “Metaverse World Cup Music Festival” on its official Sina Weibo account, and a “surprise guest” from 2070 will appear during the event.

On its official Weibo account, Douyin promoted the phrase “Watch the World Cup live broadcast on Douyin.” Pico, a ByteDance-owned VR headset maker, announced that users may watch live World Cup broadcasts using their VR goggles, allowing soccer fans to invite friends from far away into their own digital rooms to watch matches together.

The World Cup has a significant influence as a global sporting event, and it has undeniably become a must for corporate marketing, You Xi, co-founder of the Kandong app, told the Global Times on Sunday, stressing that the tournament will greatly bring much-needed internet users to online platforms.

Furthermore, You stated that a football game is an ideal setting for using new technologies and that the event will be a significant boost for China’s VR and metaverse industries.

“Progress has been gradual since the US computer behemoth Facebook turned into Meta and proposed the concept of the metaverse. However, China has been driving development at both the national and corporate levels “On Sunday, Chen Jia, an independent industry observer, told the Global Times.

On November 1, China’s Ministry of Industry and Information Technology, along with four other government agencies, unveiled a five-year plan for 2022 to 2026 to accelerate the development of the VR industry, with the goal of exceeding 350 billion yuan ($48.1 billion) in total industrial scale by 2026.

The strategy establishes an overarching aim of substantial advances in critical technologies such as three-dimensionality, as well as enhancing the ecosystem so that VR may be used to boost economic development.

“Through the application of various situations in this World Cup’s metaverse, China may also test the overall quality of the industry chain in the field of virtual reality technology, and therefore obtain an early foothold in the sector,” Chen explained.

However, seasoned internet researcher Guo Tao pointed out that the metaverse as a whole is still in its early stages of development. Some issues, such as immature technologies and business models, must be validated by the market.