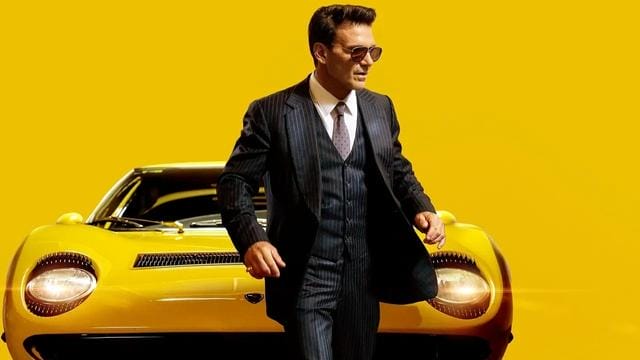 The trailer for the upcoming film “Lamborghini: The Man Behind the Legend” has been released, providing us with a good look at the movie. The film will attempt to chronicle the business life of Ferruccio Lamborghini, the namesake founder of the Italian supercar manufacturer Lamborghini.

The film has been in production since 2016, and it will feature the talents of Oscar winners Mira Sorvino (“Mighty Aphrodite,” “Quiz Show”) and Bobby Moresco, who also wrote “Crash” and was a producer on “Million Dollar Baby.”

Frank Grillo (“The Grey,” “Warrior”) will take on the role of the lead character, Ferruccio Lamborghini, in the upcoming film. According to previous reports, the production may have enlisted the assistance of Tonino Lamborghini, Ferruccio’s son, in order to ensure that it was as accurate as possible.

Gabriel Byrne, who is known for his roles in “The Usual Suspects” and “End of Days,” portrays his archrival, Enzo Ferrari. The movie, though, focuses largely on Ferruccio Lamborghini and what led to the decision to found his own competing sports car business.

The film will follow the life of Lamborghini until at least the 1970s, when the Countach was out on the road, as indicated by the vehicles that are featured in the trailer. In addition, the trailer showcases a number of classic automobiles, including the Lamborghini Miura, the Ferrari 350 GT, several Ferraris, a Porsche 356, and a lot of other automobiles.

During an interview about the movie that took place in 2016, the film’s producer, Andrea Iervolino, said the following: “I am very proud to produce a film about an iconic man who had such a profound impact around the world, and left a legacy that lives on in such a strong spirit.” Ferruccio Lamborghini was a forward-thinking entrepreneur who brought prestige to Italy and contributed to increased awareness all over the world.

Those who can’t wait to see how the life of Ferruccio Lamborghini and the story of his legendary car company will be portrayed on the screen will be relieved to learn that they won’t have to wait too much longer. On November 18, 2022, the movie is scheduled to make its debut in theatres as well as on streaming services.