The game is included in 2022’s Call of Duty: Modern Warfare II but does not require the purchase of the previous product, and it will be released during Season 1 of Modern Warfare II content. The game includes cross-platform play as well as a new extraction mode called DMZ.

Season 1 of Warzone 2 will begin with the release of a new map, DMZ mode, and a slew of other free features. Rewards are also available from the original Warzone.

Warzone 2 pre-loads are already available, and you can play them on your console or computer right away. When the servers go live, you and your friends can join in.

The game will be released this Wednesday at 1 PM ET/ 10 AM PT/ 7 PM BST/ 6 PM GMT. These timings and dates are courtesy of a Call of Duty blog post describing the improvements coming with Warzone 2.0.

Initially, Warzone 2.0 will be situated in the city of Al Mazrah in the United Republic of Adal. In the all-new DMZ experience, players will have 18 significant areas of interest to plot their win in the battle royale or to explore while waiting for extraction.

Season 1 of Warzone 2.0 contains a variety of gameplay innovations and new features for players to enjoy. The most important change is the shift in gameplay perspective from FPP to TPP.

The original Warzone will be decommissioned on Wednesday, November 16, 2022, at 11 a.m. ET/ 8 a.m. PT/ 4 p.m. BST. Fortunately, the downtime is just brief, and the game servers will be unavailable for twelve days, until November 28th.

The original Warzone will be relaunched as Call of Duty: Warzone Caldera on Monday, November 28, 2022. It will live independently of Warzone 2.0, and content from Modern Warfare 2 will be unavailable in it.

Similarly, content from Warzone Caldera, Modern Warfare 2019, Black Ops Cold War, and Vanguard will not be available in Warzone 2.0. Caldera will have a “normal battle royale playlist,” according to Activision.

It’s worth mentioning that the original Warzone will no longer have an in-game store following the makeover. However, your CoD points will be transferrable between games. The maps Rebirth Island and Fortune’s Keep will be removed from Warzone Caldera. 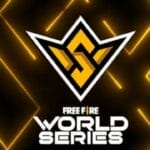 November 3, 2022
Ralph Lauren and Fortnite Have Announced a Collaboration on Digital Apparel 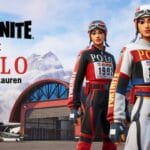