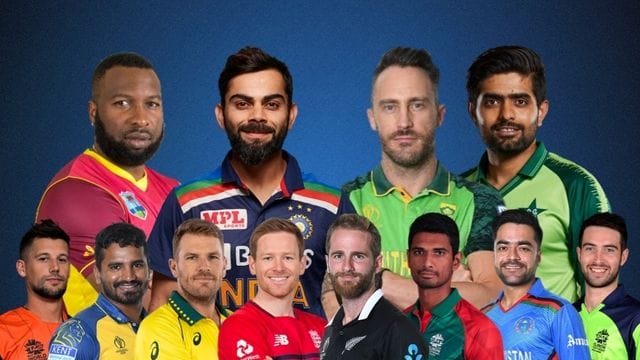 In the first round, twenty teams will be divided into four groups of five, followed by a Super Eights phase. The 2024 Men’s T20 World Cup in the West Indies and the United States will be contested in a different format from the previous two tournaments.

Instead of the first round followed by the Super 12, as in 2021 and 2022, the 20 competing teams in the 2024 competition will be divided into four groups of five teams each.

In the previous two T20 World Cups, the first round was divided into two groups of four teams, which featured teams who qualified for the event and teams that finished ninth to twelfth in the previous T20 World Cup. The top two teams from each group in the first round were then joined by the remaining eight teams that had already qualified for the Super 12 stage.

So far, 12 teams have confirmed their participation in the 2024 T20 World Cup. As tournament hosts, the United States and the West Indies qualified automatically. England, India, New Zealand, Australia, Sri Lanka, South Africa, and the Netherlands have already qualified, having finished in the top eight of the 2022 tournament.

Afghanistan and Bangladesh are the other two countries that have secured their places because they were the second and third best in the ICC’s T20I rankings on the cut-off date of November 14, 2022.

Regional qualifiers will determine the remaining eight berths. England is the current T20 World Cup champion, having defeated Pakistan in the final on November 13 in Melbourne.

When the Benson & Hedges Cup concluded in 2002, the ECB required another one-day competition to fill the void left by falling audiences and diminishing sponsorship.

The Board sought to provide fast-paced, thrilling cricket to thousands of spectators who were turned off by the longer versions of the game. In 2001, Stuart Robertson, the ECB’s marketing manager, suggested a 20-over per innings game to county chairmen, who voted 11-7 in favor of adopting the new format.