A molecular oncologist and cancer geneticist, Dr. Amit Verma, stressed how important it is to find the right treatment for the patient, especially in the later stages. 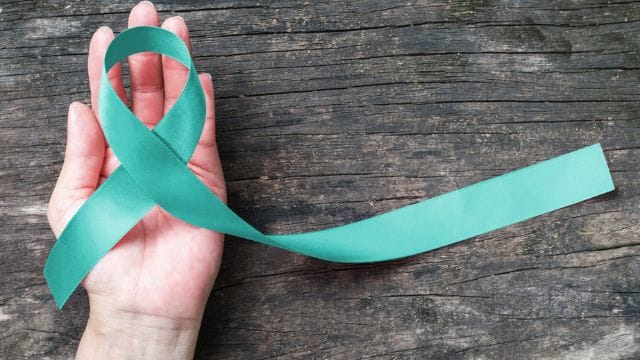 According to a report on hpvcentre.net called India Human Papillomavirus (HPV) and Related Cancers, Fact Sheet 2021, cervical cancer is the second most common cancer in women in India. It is most common in women between the ages of 15 and 44.

The report also says that 483.5 million women in India who are 15 years old or older are at risk of getting cervical cancer. Based on current estimates, 123,907 women are diagnosed with cervical cancer every year, and 77,348 women die from the disease.

Gynecologists at different hospitals say they have seen women as young as 25 with cervical cancer. This is a big change from 35–40 years ago. “This change has happened over the past ten years because women became sexually active at a young age and didn’t know enough about birth control.

As a result, January, which is Cervical Cancer Awareness Month, is a great time to talk about why more young women are getting cervical cancer and what can be done to stop it.

What is This Cancer About?

Cervical cancer happens when healthy cells on the cervix get infected with HPV and multiply quickly, forming a mass or tumor that can be cancerous or not.

At first, these changes aren’t cancerous, but over time, they can cause cancer. To stop cancer from starting, precancerous tissue needs to be taken out.

“The disease is called cervical cancer or invasive cervical cancer if the precancerous cells turn into cancer cells and spread deeper into the cervix or to other tissues and organs,” said Dr. Paula Goel, a consultant paediatrician, adolescent doctor, and founder of the Fayth Clinic.

There are two main types of cervical cancer, named for the type of cell where cancer starts:

Where is the Cervix Found?

The cervix is the narrow part at the bottom of the uterus where it meets the vagina. When cancerous changes happen in the cells that line this part of the uterus, we call it cervical cancer.

“Cervical cancer is usually found in the “transformational zone,” which is where the endo cervix meets the ecto cervix,” said Dr. Niti Raizada, senior director of medical oncology and hemato-oncology at the Fortis Group of Hospitals on Richmond Road in Bengaluru.

How and Why Does Cancer Develop in This Part of the Uterus?

Dr. Raizada says that an HPV infection that lasts a long time is the most common cause. This virus is spread through sexual contact, and it is thought that at least half of people who have many sexual partners will get HPV at some point in their lives. Even though HPV infection is very common, only a small number of people who have it actually get cervical cancer.

Who is More Likely to Get Cancer of the Cervix?

Dr. Goel said that people with HPV are more likely to get cervical cancer. Because men don’t have a cervix, they can’t get cervical cancer. However, Sujit said that sexually active men can get HPV. “HPV infection can cause cancer of the mouth and throat, penis, or anus in men. Some strains of the virus can also cause cancer of the genitalia.” And right now, there is no way to test men for this virus,” Dr. Sujit said.

How Does It Get Diagnosed?

There are many ways to check for cervical cancer, depending on:

These tests are used to figure out:

Discover How 32,000-year-old Seeds Were Used to Resurrect a Plant With This Explanation!

7 Aerobic Exercises You Can Do at Home This Winter to Lose Weight!

Should You Never Eat Any Kind of Sugar at All? Hear What the Experts Have to Say!!

Your Stress Levels May Be Affected by These Foods!!