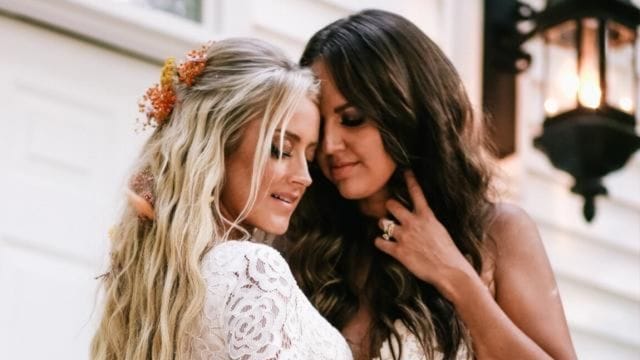 Brooke Eden and Hilary Hoover had a second wedding ceremony in Mexico after legally marrying in Nashville, attended by 140 of their family and friends.

Brooke Eden and her now-wife Hilary Hoover celebrated their marriage with not one, but two wedding ceremonies.

On Aug. 27, the couple married legally in a small white church in Nashville, surrounded by their parents and siblings, as well as nieces and nephews.

Garth Brooks, for whom Hoover works, was also present at the ceremony. Brooks performed “To Make You Feel My Love” as Eden and Hoover, both 33, walked down the aisle with their parents, with his wife, Trisha Yearwood, officiating the ceremony.

Following the ceremony, the couple and their guests boarded a party bus and visited several local honky-tonks.

Two months later, on Oct. 27, the couple had their second wedding ceremony at the Paradisus Playa del Carmen resort in Del Carmen, Mexico, attended by 140 family and friends. 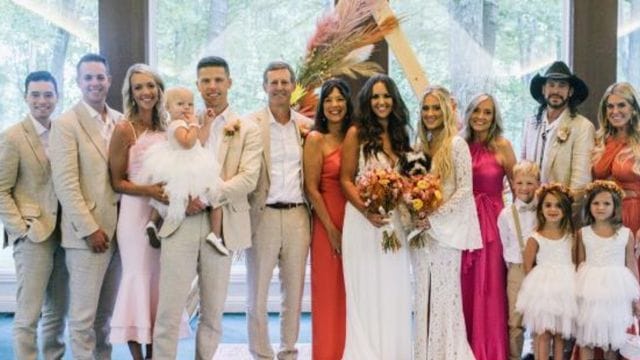 “Because our families are so far apart (Brooke’s family is in Florida, and Hilary’s family is in Indiana), they hadn’t had a lot of quality time together,” the couple explains. “Because we needed to get legally married in the United States before going to Mexico, we knew a Nashville ceremony with our families would be the ideal way for our families to bond.”

“It was the most incredible thing to watch our families fall in love,” they go on. “The rest of our family, including Hilary’s nieces and nephew, became best friends with Brooke’s niece (our flower girl and ring bearer). We’ve received so much love and support from family and friends that we wanted to celebrate with everyone.”

Eden and Hoover exchanged vows on a bridge leading out onto the beach in Mexico. Ford Fairchild, a Nashville-based photographer, married them, and they exchanged their own vows.

Eden wore the same dress she wore for her Love Inc. magazine cover shoot, which was published this week. Savin London, the designer, surprised her with the gown weeks before their wedding.

Consider the WLDFLWRS, a local ring shop in Nashville that provided rings for both brides, which were stacked between rings from Marrow Fine Jewelers.

Following the ceremony, the couple hosted an open-air tiki palapa reception, where they played a “curated playlist” of ’90s jams, country favorites, and classic throwbacks. They performed a mother-daughter dance as well as a father-daughter dance, and Eden’s 5-year-old niece Colbee delivered a speech.

Following their first dance to a song written and recorded by Eden, the couple surprised their guests with a choreographed dance to Ricky Martin’s “Livin’ La Vida Loca.” 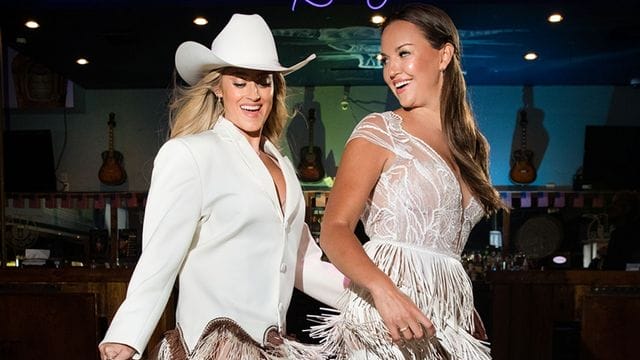 They tell PEOPLE, “Mexico has been such an incredible experience.” “Because most people took a week off for our wedding, seeing people from all walks of life mingle and become friends is very special to us.”

“We got to have our wedding and then wake up the next day and spend the day in the sun with all of our favorite people,” they go on. “We are extremely fortunate.”

The couple’s romance began in 2015, while Hoover was still working at Eden’s record label.

“Our connection was immediate,” the couple says, explaining that they knew they were each other’s “person” within days of the meeting.

The two then proposed to each other in May 2021, months after Eden’s public disclosure.

“It was, as Lizzo put it, ‘About Damn Time!'” the couple says. “We’ve been living together for three months, have a puppy, and own three houses together. We knew this was it for both of us from the start, but after coming out publicly last year, we knew we wanted to make it official.”

Eden, who released her EP, Choosing You, in July, and Hoover describe their relationship as “true” partners.

“We always try to remember that we’re all on the same team,” they say. “Even when we’re arguing, we always kiss each other good night. We worked so hard to be together, and we’re happier than ever. Remembering everything we’ve been through reminds us that we’ll get through it all together.”

While they have felt “married for years,” the couple is thrilled to have their union legally recognized.

“[We’re excited] to walk into a hotel and check in with the same last names, and then be legally tied at a hospital or in court,” they say. “Also, just being able to call each other wife. That’s fine.”

Though their wedding felt like a “honeymoon,” the couple is also planning a spring trip to Italy and Spain.