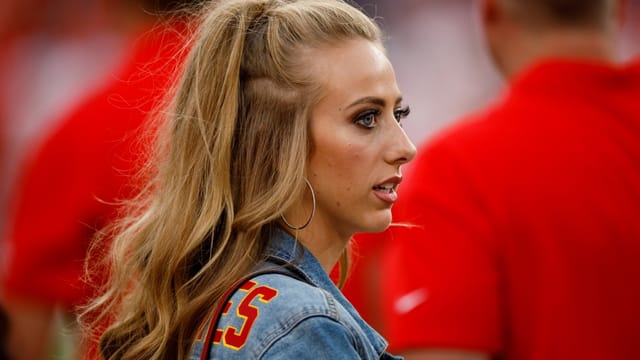 In June, the Mahomes family announced that they were expecting a boy. Brittany Mahomes is rocking a stylish baby bump.

The future mother, who is 27 years old and married to Patrick Mahomes, the star quarterback for the Kansas City Chiefs, recently posted a new photo to her Instagram Story that was taken during a maternity photoshoot.

Mahomes strikes a seductive pose for the photograph while draped in a sheer floor-length cape adorned with pearls and standing in front of a white curtained wall. Her growing baby bump is clearly visible. The sheer cape casts a shadow over her, revealing part of her silhouette. 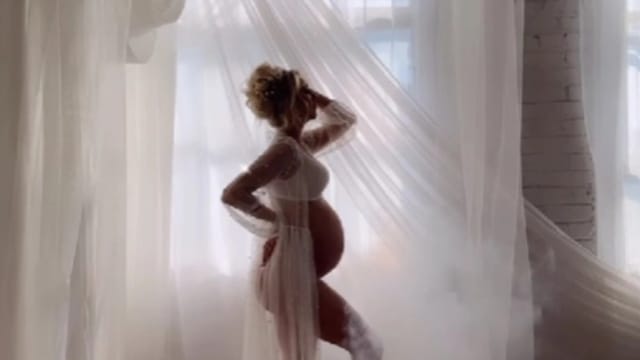 “It’s another sneaky peaky🥰” she wrote.

The businesswoman announced a few weeks ago that she would be sharing additional behind-the-scenes photos from the maternity shoot. One of these photos was a close-up of her hair and makeup, which featured pearl dots around her brows and eyes.

She also took a picture of the location where the photo shoot was going to take place, which was a room that had beige and white curtains hanging up as well as a fog machine to make it appear more mysterious.

Brittany’s photographer wrote about the shoot, “I can’t wait for you to see the magic we made today.”

In May, Brittany and Patrick, both 27, revealed that they were expecting their second child. The couple is already parents to Sterling Skye, who is 20 months old.

Sterling Skye held a board with the words “Big sister duties coming soon” in one of the photos, and an ultrasound picture in the other. “Round 2! 🤍” Patrick captioned the photo.

One month later, the couple revealed that they were expecting a boy in a cute gender reveal photoshoot that they shared with PEOPLE. Brittany and Patrick wore sweatshirts that said “Baby Mahomes Boy or Girl,” with the word “Boy” circled behind a blue-splattered poster.

The long-term couple, who have known each other since they were teenagers and who became engaged in September of 2020, finally tied the knot in March of this year in a private wedding ceremony that was held in Maui, which is located in the state of Hawaii.

The newlyweds captioned a photo of themselves kissing at the end of the aisle, “Mr. & Mrs. Mahomes 🤍”