Salman Khan asks Tina Datta in Bigg Boss 16 Shukravaar Ka Vaar, "What game was she paying and with whom?" "Sir, I don't act, and I have told Shalin as well that we cannot be together," she said, perplexed. 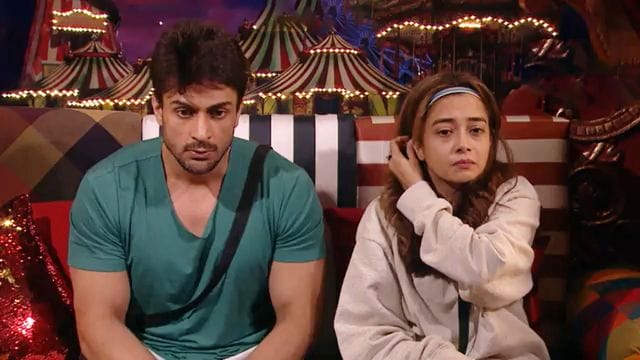 With new twists and turns, the Salman Khan-hosted reality show has been able to keep the audience’s attention, and fans are loving the non-stop drama, fight, and love angles. The much-talked-about Bigg Boss 16 contestants, Shalin Bhanot and Tina Dutta, have been in the spotlight since the show’s inception.

Whether it’s because of their ‘fake’ relationship or their ugly feuds, both of them have become household names. However, the last few episodes were filled with fights, love, and confusion as housemates couldn’t figure out what was going on between Tina and Shalin. Salman has arrived to solve this puzzle.

Salman Khan asks Tina in Shukravaar Ka Vaar, “What game was she paying and with whom?” “Sir, I don’t act, and I have told Shalin as well that we cannot be together,” she said, perplexed. “There is no consistency in your game,” Salman says. “When you were weak, you went with him, and when you got strong, you left him.”

Tina defends her relationship with Shalin by saying, “You fought, music played, and you were sticking with him and dancing, so we can’t fall in love,” Salman says. There was no one else to hang out with or dance with; this is a phoney relationship “. Salman even makes the gesture to show Shalin and Tina dancing on the night of the concert, adding, “aur koi nahi hai yahan chipakne ke liye.”

Salman then confronted Archana Gautam and MC Stan about their ugly brawl. Salman challenged Stan to consider whether what he said to Archana was correct or incorrect. Stan admits that he should not have made such a remark. Salman, on the other hand, chastised Archana for her behavior and told her that “the doors are open and she can leave right away if she doesn’t want to behave properly.”

Bigg Boss 16 contestants had a lot of fun and danced as they rang in the New Year. MC Stan’s live concert was also announced. Everyone had a good time when the rapper performed live with the well-known rappers Ikka and Seedhe Maut. During this, Tina Datta told Shalin Bhanot that she loved him while they were dancing together.

Tina told Shalin during the concert, “You make me fall in love with you, but then you break my heart.” Earlier in the show, the two were seen fighting.

Driver Jamuna OTT Release Date: When and Where You Can Stream Aishwarya Rajesh’s Movie?