Black Panther: Wakanda Forever OTT Release Date: Check Out When It Will Be Released On Disney+!! 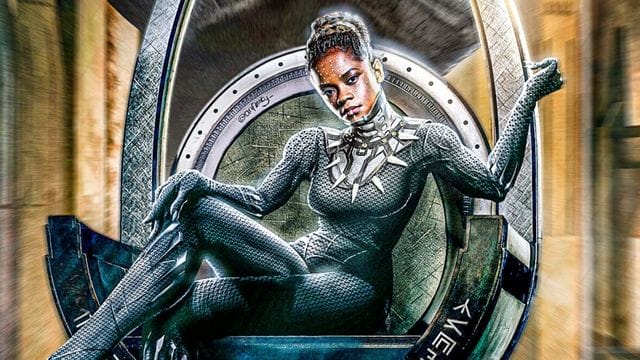 Fans of the popular Marvel movie can now celebrate, because Black Panther: Wakanda Forever will officially debut on Disney+ on February 1. The official news came soon after earlier reports said that the movie would be released on January 20.

But now that the release date in February is set in stone, fans can go back to the powerful Kingdom of Wakanda and relive all the action-packed thrills of the movie that was a huge hit at the box office. Before the second movie’s debut on the streaming service, Marvel Studios gave fans a new poster and a TV commercial to get them excited.

Black Panther: Wakanda Forever will follow Disney’s recent trend of putting Marvel Studios movies on streaming in the optional IMAX Enhanced format. This will give subscribers a more immersive and engaging viewing experience.

The movie also follows Disney’s recent pattern of putting Marvel movies on its streaming service before they come out on DVD or Blu-ray. As of right now, there isn’t an official Blu-ray release date for Black Panther: Wakanda Forever. However, in the weeks leading up to the film’s launch on streaming, we can expect to hear about it.

Along with the return of key cast members, the movie also marks the MCU debuts of Dominique Thorne as Ironheart, who will star in her own Disney+ spinoff series, and Tenoch Huerta Meja as Namor. Marvel’s new poster art features both old and new characters, with Shuri, who became Black Panther and is played by Letitia Wright, in the middle and standing tall.

Ant-Man and the Wasp: Quantumania, which comes out in February 2023 and starts Phase Five of the franchise, is a big start to another big year for the MCU. Guardians of the Galaxy Vol. 3, which will come out in theatres on May 5, and The Marvels, which will soar into theatres on July 28, are also coming out this year.

Along with the movies it releases every year, Marvel Studios will add to the MCU with shows like Ironheart, Secret Wars, Echo, Agatha: Coven of Chaos, and the second season of Loki on Disney+ this year. On February 1, Black Panther: Wakanda Forever comes out on Disney+.

After Showing That Omicron Subvariants BA.5.2 and BF.7 Cause 97.5 Percent of China’s COVID-19 Infections, the Who Requested Information From Beijing