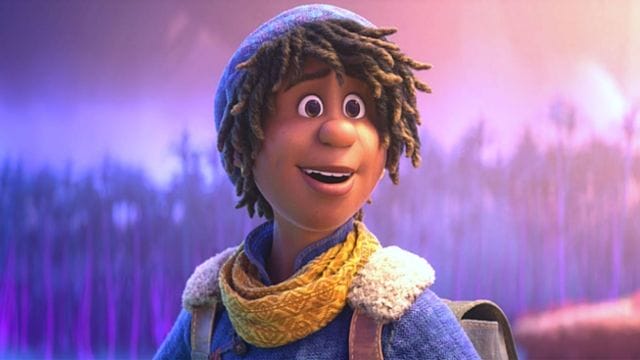 “Black Panther: Wakanda Forever” reigned supreme at the Thanksgiving box office. Despite barely minor pushback, the superhero sequel grossed $10 million on Wednesday. The Marvel and Disney release is on track to earn approximately $63 million in its first five days, easily outpacing the competition.

Another Disney film, “Strange World,” is underperforming, grossing $4.2 million on Wednesday and aiming for a five-day total of less than $24 million. That’s a dismal outcome for the $180 million animated adventure.

In comparison, “Encanto,” another recent Disney animated release, earned $40.3 million over the Thanksgiving holiday in 2021, which was considered a weak result for the family film. “Encanto” didn’t really catch on until it began streaming on Disney+ and “We Don’t Talk About Bruno” became ubiquitous.

“Devotion,” a drama about two elite US Navy fighter pilots that was made by Sony and Black Label Media, brought in $1.8 million and was one of the other new movies. It could make as much as $10.2 million in five days.

“Bones and All,” from MGM and United Artists Releasing, is having trouble expanding. On Wednesday, it made about $900,000 at the box office. The unusual story of young cannibals falling in love is on track to make $4.3 million in the next five days. It opened in a small number of theatres last weekend.

“The Fabelmans,” directed by Steven Spielberg, made $400,000 on Wednesday after going from four theatres to more than 600. Over the Thanksgiving holiday, the semi-autobiographical look at the director’s early life should bring in $3 million.

“The Menu” from Searchlight made $1.1 million and should make another $8 million over the holidays. The horror comedy has made $12.4 million in the United States so far. “Black Adam,” from Warner Bros. and DC, made $660,000 on Wednesday and is hoping to make $4 million over the holidays. The superhero movie has made just under $160 million in the United States.

It’s a bleak image for the film industry, which has been in a downturn since mid-summer and is still dealing with the fallout from the COVID shutdown. The holiday box office is expected to be around 10% lower than last Thanksgiving when ticket sales peaked at $142 million.

That was a far cry from the results of the pre-pandemic Thanksgiving. In 2019, for example, the Turkey Day frame sold for $263.3 million. The exhibition industry did have reason to rejoice after it was revealed that Amazon wants to spend $1 billion on 12 to 15 films that will be released in cinemas.

The internet behemoth has vacillated between embracing film and focusing solely on supplying its streaming service. Its most recent strategy adjustment is a boon for exhibitors, as the announcement increased their stock.

The sequel to Rian Johnson’s popular 2019 whodunit, “Glass Onion: A Knives Out Mystery,” could be a silent help to theatre operators. However, Netflix is not providing box office figures for the film, which is now playing in 600 North American theatres.