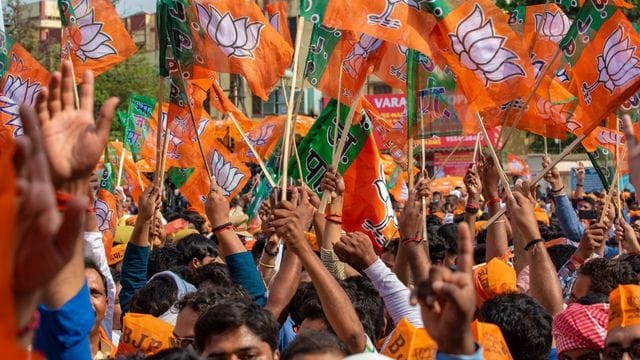 After Himachal, Gujarat has a big number of rebel BJP candidates; the number of those suspended has reached 19, implying rebellion in almost 10% of the seats.

After dealing with dissident candidates on nearly every third seat in Himachal Pradesh, the BJP is now dealing with a similar situation in its 27-year bastion of Gujarat, resulting in huge suspensions of such leaders.

It suspended 12 more people on Tuesday, including a six-time MLA and two former MLAs, for running as independent candidates in the next assembly elections after they were denied the party ticket.

The total now stands at 19. They are barred from remaining members of the party for the next six years.

This signifies that a BJP renegade is running in at least 10% of the 182 seats. The results will be released on December 8, together with those from Himachal.

The action came a day after the deadline for withdrawing nominations for the second phase had passed. Despite a persuasive campaign coordinated by Union Minister Amit Shah, none of these BJP rebels opted out of the election.

In what was billed as a generational transition, the BJP eliminated nearly three dozen existing MLAs, including five ministers, from its ticket list. This was also intended to micromanage anti-incumbency feelings against legislators as the party seeks to tighten its grip on PM Narendra Modi’s home state, where the AAP has waged an aggressive effort to become a challenger to the Congress.

Among those suspended is Madhu Shrivastav, the incumbent MLA of Vaghodia, who is renowned as a strongman-politician with a history of police cases, including one relating to the 2002 riots.