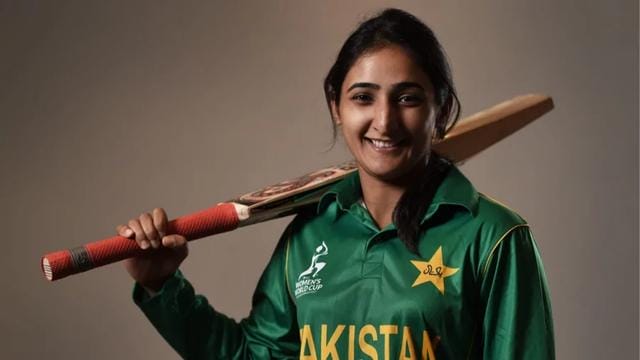 When the two teams meet for the final time in the ODI series here at Gaddafi Stadium on Wednesday, Pakistan is fully focused on winning the third and final ODI and sweeping Ireland.

Following the ODI series, both teams will play three T20Is at the same venue from November 12 to 16. The three-match ODI series is part of the ICC Women’s Championship 2022-25, and the home team will be hoping to finish with all six points on offer.

Pakistan captain Bismah Maroof will become the country’s most-capped player in women’s ODIs during the final ODI. She has appeared in 120 ODIs to date, and Wednesday’s ODI will be her 121st, surpassing Sana Mir’s total of 120 ODIs.

Lahore-born Bismah made her One-Day International (ODI) debut at the age of 15 against India in the Women’s Asia Cup in Jaipur in December 2006. Her 43 runs in the match were the second-highest for the team, trailing only Sajjida Shah’s 44. Bismah has scored 2,960 runs in 120 ODIs (the most by a Pakistan batter in the format) at 29.89, including 17 half-centuries.

Bismah led the team in 30 One-Day Internationals for the first time in 2013, scoring 958 runs. She needs 42 more runs to become the second Pakistan captain, after Sana Mir (1,069), to reach 1,000 ODI runs as captain. Pakistan has won 15 matches, lost 13, and tied one match under Bismah’s captaincy, with one game abandoned due to rain.

“It is a great honor to represent Pakistan,” Bismah said, reflecting on her journey. “I am grateful to my parents and husband for supporting me in continuing my cricket journey after becoming a mother and since my comeback.” I played a lot under Sana Mir; she was an inspiring leader who helped groom most of us and we all learned a lot from her.

“I stayed as vice-captain under her, and it helped me a lot.” Today’s game is critical; we need to win the third ODI to complete the ICC Championship with a perfect record. We have momentum and would like to finish the series on a high note.”