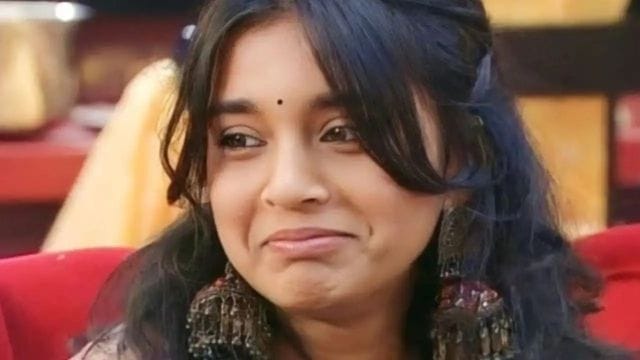 Every day on Bigg Boss 16, there are new twists and turns. Sumbul Touqeer and Shalin Bhanot, friends-turned-foes in the latest episode, get into an ugly spat. Shalin was speaking with Tina Datta and Captain Shiv Thakare on day 90 of the house after the latter saved Sumbul from nominations.

During a conversation, Shalin, who was dissatisfied with Shiv’s decision to save Sumbul, stated that the latter’s involvement in the game is less than that of the other contestants. Sumbul stepped in and said, “Which world do you inhabit? My participation in the game occurred less than four weeks ago. Nobody ever told me I was a bad competitor “.

Shalin changed his mind, saying, “You tell us about your participation in the game. Your participation is missing. Your bravery is not shining through. Even Bigg Boss thinks you’re weak “. Sumbul lost her cool and confronted Shalin about referring to her as weak. She stated, “You’re telling me I’m weak in the face. I’m not a wimp. My father encouraged me to fight because he knew I was strong. Who are you to say whether I’m weak or not? Keep in mind that no one has the authority to say that “.

The fight turned ugly when Shalin mocked Sumbul for being a crybaby and told her not to cry again. Shalin’s statement hurt the actress, who vowed never to cry again and said, “I’m not crying, and I’m not going to cry. Itna mat rulaana ki aakhon ka paani hi sookh jaaye. Sumbul will never, ever cry again “.

The previous episodes featured a nomination task in which the housemates nominated eight contestants. In the most recent episode, Bigg Boss assigned a task to save one of the contestants from nominations. The nominated contestants in the task were publishers, while the safe contestants were editors.

Shiv Thakare, Sajid Khan, Abdu Rozik, Archana Gautam, and MC Stan were among the contestants whose negative stories the publishers had to pitch to editors. The editors were required to publish in ‘BB Daily’ seven selected stories provided by the publishers.

The contestant who does not make the newspaper will be exempt from nominations. Sumbul is safe after the task is completed. Priyanka Chahar Choudhary, Vikkas Manaktala, Sreejita De, Soundarya Sharma, Tina Datta, Nimrit Kaur Ahluwalia, and Shalin Bhanot have been nominated.

Vikkas and Shalin also got into a fight in this episode. Tina told Shalin that she had asked Vikkas to get her a few ingredients from his room, but he had not given her anything. Vikaas requested Shalin’s assistance with the chore, but Shalin refused. He also became enraged and stated that he does not assist with housework, resulting in an ugly spat between the two.