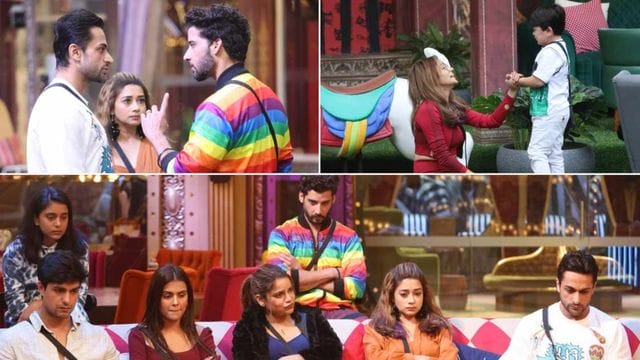 This season of Bigg Boss 16, actress Priyanka Chahar Choudhary is without a doubt one of the strongest and most popular contestants. She has millions of fans, and they all love her. She is also a very good person. She thinks she knows best and isn’t afraid to stand up for the truth, even if it means going against her friends. Many netizens have even said that she is like Rubina Dilaik, the winner and boss lady of Bigg Boss 14.

But even though Priyanka has a lot of good traits, she has never been named captain of the house. Things won’t get any better this week, either.

The most recent preview for tonight’s episode of Bigg Boss suggests that the candidates will compete against one another to determine who will take over as the new captain of the Bigg Boss house. It just so happens that Priyanka and Abdu Rozik are tied for first place, while Sajid Khan holds the position of sanchalak.

Sajid starts by telling them that they can leave if they want. Sanchalak Sajid makes an announcement that Priyanka will be disqualified if she does not walk out of the competition after Priyanka tells him that it is their option. Priyanka is shocked and thinks that he is cheating on her. She says, “Don’t be very smart Sajid ji.”

In the ad, Sajid responds by saying, “MAin bok sakta hun. Main sanchalak hun, yaar.” Well, not only Priyanka and Tina Datta are mad at Sajid for being unfair, but so are other people on the internet. Many people have used the comment section to slam the filmmaker and say they are upset about the same thing.

One Internet user wrote, “How can you expect #PriyankaChacharChoudhary to be captain when you made Sajid the sanchaalan?” Another netizen said, “It looks like she won’t be captain at all this season. Biggboss makes sure that every task is made to help Mandali.