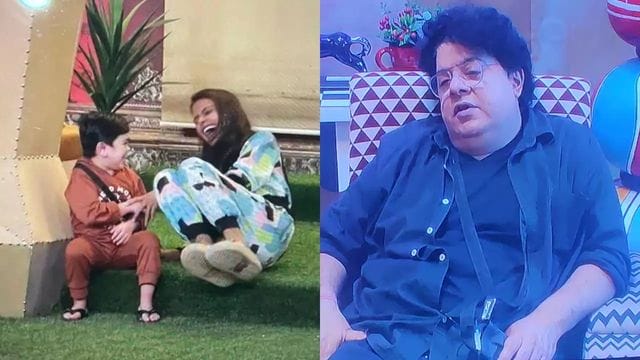 Sajid Khan, who is also on Bigg Boss, has now said that Tina Dutta and Priyanka Chahar Choudhary used Abdu Rozik to get footage. He even told him to stay away from them and give them space. Abdu said that he knows what Sajid is talking about and doesn’t really care what Priyanka and Tina are doing in response to what Sajid told him.

In the latest twist of the controversial reality show Bigg Boss, contestant Sajid Khan has accused housemates Tina Dutta and Priyanka Chahar Choudhary of using Abdu Rozik for footage. The New Year’s Eve party and Shekhar Suman’s entrance into the house made the most recent episode of Bigg Boss 16 full of drama and controversy.

Abdu is getting a lot of love and attention from his housemates now that he is back on the show. During all of this, though, Sajid Khan said that Tina Datta and Priyanka Chahar Choudhary were using Abdu to get video. He even told him to stay away from them and give them space.

During the episode, Priyanka and Tina can be seen trying to talk to Abdu and get closer to him. Sajid hears more and more talk, so he calls Abdu to his room and asks him if he believes what he says. Sajid tells Abdu that he thinks Tina and Priyanka are using him for footage and tells him to stay away from them. Abdu agrees.

Abdu says that he understands what Sajid is saying and doesn’t really care what Priyanka and Tina are doing in response. He also says that he talks to these people in the Bigg Boss house, but he won’t talk to either of them outside the house.

Archana and Soundarya both said the same thing during the episode. They said that Priyanka was using Abdu as a “vote bank.” They got into a fight, and Priyanka told Tina that she has always loved Abdu and isn’t doing this to get votes.