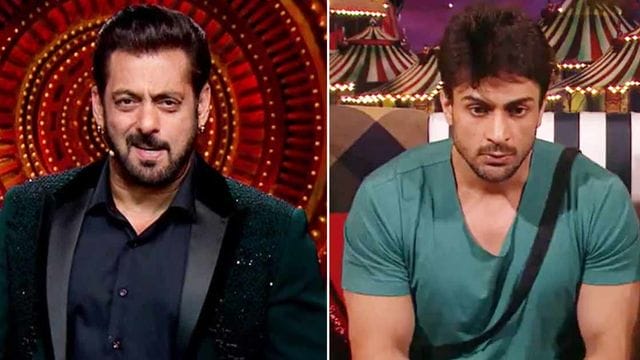 Salman Khan revealed on Bigg Boss 16 Shanivaar Ka Vaar that he had blocked and deleted Shalin Bhanot’s phone number. This was after Shalin began lashing out at Bhaijaan. Shalin became enraged in the most recent episode and taunted Salman. This irritated the host even more, who stated that Shalin’s phone number is no longer on his phone and that he is on the block list.

This week, Salman chastised Archana Gautam for her treatment of Vikkas Maniktala. All of the contestants turned against her, and they were almost certain that the issue would be brought up when Salman appeared on the show. It was picked up on Shukravaar Ka Vaar.

Salman addressed every contestant’s issue with Archana after privately schooling her. Shalin, on the other hand, lost his cool. He became emotional and enraged as he described Archana’s habit of bringing up his ex-wife Dalljiet Kaur in almost every argument.

Salman calmly informed Shalin that he did not understand the question. Shalin, still fuming and irritated, ended up responding to Salman. “So, I should sit quietly and listen to everything everyone says, right? “I’ll do it,” Shalin eventually told Salman Khan.

The host remained calm and attempted to hear Shalin’s point of view. He actually did. However, before bidding the contestants farewell, Salman informed Shalin that his phone number had been deleted and blocked.

Shalin Bhanot had hoped to replace Salman as the show’s host or at the very least co-host Bigg Boss with the OG when he entered Bigg Boss 16. Shalin’s behavior was criticized on several weekend episodes days later. Salman has repeatedly warned Shalin about his verbal and almost physical fights in the house.

Dalljiet filed for divorce from Shalin in 2015, citing domestic violence. They currently co-parent their son Jaydon. They’ve both moved on with their love lives. Shalin is seen in the house attempting to form a bond with his co-contestant Tina Datta. The two, on the other hand, claim that they have not even considered being in a relationship and will see where things go once they are out of the house.