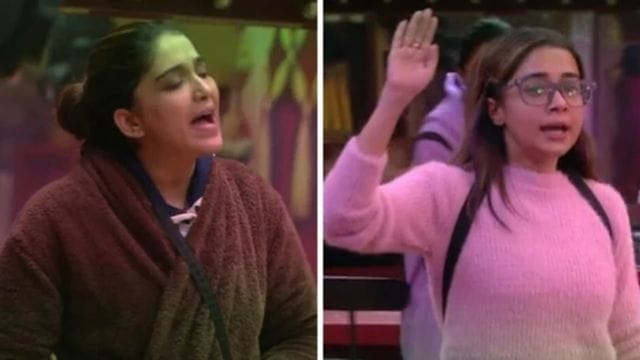 In the most recent episode of Bigg Boss 16, Tina Datta and Nimrit Kaur Ahluwalia got into a fight. Nimrit can be seen having a fight with Tina after she said the kitchen was dirty while she was cooking in it. Nimrit told her to forget about it because it was getting late and she was cleaning the kitchen.

Tina lost her cool and told Priyanka Choudhary that Nimrit was “Archana part 2.” In the comments section of the video that ColorsTV shared, fans said that they liked Nimrit better than Tina.

The channel posted the promo on social media with the caption, “Tina and Nimrit ke beech hui clash of words,” which means that Tina and Nimrit got into a fight.

In the beginning of the promo, Tina was complaining to Nimrit about how dirty her kitchen was. She said, “Look at this, how is one supposed to clean?” Nimrit said, “If you can ignore this area where you cook, you can ignore the area you ignore that area which left uncleaned because it got late at night at first.” Tina wanted her friend Shalin Bhanot to see her fight with Nimrit, so she asked him to come over.

Tina then gave Priyanka a clap and said, “Aachanak se jaagi hai itni derr so rhi thi (She just woke up after such a long time).” “Shalin mai tumhe ab dikhaaungi sachaai tumhaate rishte and pyaar mai (Shalin, I will show you how true your friendship is with Tina),” Nimrit said of Tina’s phoney relationships in the Bigg Boss house.

Bigg Boss is currently in its 16th season and airs Monday through Friday at 10 p.m. ColorsTV airs the show on Saturday and Sunday at 9 p.m. Salman Khan, who joined the reality show in its fourth season, hosts the show. He’s been the host for the past eight years.

Bachchan Family Returning Home From the Airport, and Aishwarya Rai and Her Daughter Are All Smiles as They Converse and Walk Hand in Hand